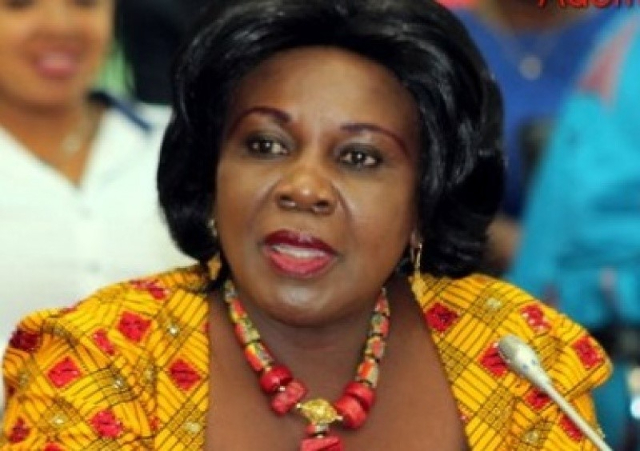 Government would spend US$43 million World Bank credit facility for the construction of a sanitary landfill facility, two Transfer Stations and cap two major dump-sites at Abokobi and Agbogbloshie.

The Minister of Sanitation and Water Resources, Cecilia Dapaah who announced this at a media briefing in Accra on Tuesday, said the financing of those projects was captured under the Greater Accra Resilient and Integrated Development Project (GARID) of the solid waste component.

Additionally, she said, under the GARID and the Greater Accra Sustainable Sanitation and Livelihoods Improvement Project (GASSLIP), effective and sustainable community-based solid waste collection system would be introduced in low income communities within the Greater Accra Metropolitan Area (GAMA) and Water Project.

The Minister said the beneficiary assemblies under the project would be supported with waste management equipment to enhance their capacities for effective work.

As part of measures to address the waste infrastructure challenge, the Minister said, government had begun intensive negotiation to re-engineer the Kpone Landfill Site in Accra and Oti Landfill Site in Kumasi, while similar interventions would be undertaken in Sekondi-Takoradi and Tamale respectively.

To ensure strict adherence to the various national and local sanitation laws and regulations, the Minister said, government has initiated the process of putting together a comprehensive consolidated sanitation law to serve as the primary reference document for preparation of local bye-laws that would enhance successful prosecution of sanitation offenders.

“So whilst government is looking at bridging the infrastructure gap, we must also appreciate the huge financial outlay required to provide the needed socio-economic amenities in the sanitation and water sub-sector.

“You would agree with me that government alone cannot do it through the yearly budgetary allocations, hence the creation of an enabling environment for the private sector and development partners, to assist government bridge the yawning funding deficit,” the Minister said.

She said the Ministry would soon introduce segregated litter bins to enable the separation of solid waste and organic materials, while efforts are being made to generate energy from waste.

The Minister said plans were far advanced for the establishment of National Sanitation Authority to ensure the effective coordination and management of sanitation-related issues.

“So if you’re a young lady, don’t marry a man who does not have a lavatory in his home, There is no romance in queuing at a public toilet,” the Minister advised.

Madam Abena Dapaah gave the assurance that the President’s vision of making Accra the cleanest city in Africa is on course and this required the support of all Ghanaians.

“Attitudinal change is what we require and this calls for an urgent need of all key stakeholders like you the media to constantly educate the public on the right attitudes and behaviours,” the Minister added.