GPL: Isaac Oppong could be Prosper Ogum’s wildcard for the season - MyJoyOnline.com

GPL: Isaac Oppong could be Prosper Ogum’s wildcard for the season 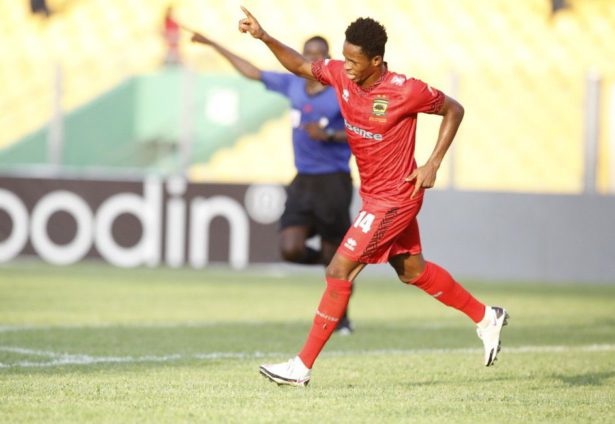 Asante Kotoko recorded their second win of the 2021/2 Ghana Premier League on Sunday, November 7, on their return to the Baba Yaa Stadium for the first time in 20 months.

The Porcupine Warriors saw goals from Ismail Abdul Ganiyu and Samuel Boateng seal all three points against Bechem United at home as they moved to the top of the Premier League.

Once again, it was the changes by head coach, Prosper Narteh Ogum which brought a difference to the scoreline in the last five minutes of the encounter.

It was the same scenario a week ago, when the former WAFA coach was spot on with his substitutions, leading to his side scoring three goals in the last six minutes of the game to beat Dreams FC at the Accra Sports Stadium.

In the midst of all both scenarios, one name has stood out. That name is Isaac Oppong.

For someone who bagged 22 goals and 11 assists in the Division Two last season, his attacking prowess were evident but as to whether he could cope with the pressure of the top-flight was the question on the minds of many.

The forward who was signed before the start of this season has been the face behind the many positive things the club has done so far this campaign.

Oppong was involved in all three goals scored on the opening day against Dreams, scoring one and setting up the other two as Kotoko came from a goal down to win 3-1.

Over the weekend, Narteh Ogum called on the youngster again while his side were finding it difficult to unsettle the defence of Bechem. This time the forward was introduced a bit earlier than his last outing, entering the frame in the 51st minute of the game.

The 18-year-old looked lively from the very first moment he got onto the pitch and always looked to be the solution to breaching the away side’s backline.

The teenager was involved in the opening goal of the game as he was brought down in the penalty box, resulting in Kotoko being awarded a spot-kick – which was converted by Abdul Ganiyu.

Moments later, the quick feet of Oppong saw him go past three Bechem players before falling to ground, but the referee waved on for play to continue as the Brong Ahafo side cleared the ball.

However, the clearance fell onto the feet of Ibrahim Moro, who sent in an inch-perfect cross unto the head of Samuel Boateng to notch his first goal for Kotoko and the club’s second of the day as they wrapped the game up in fascinating style.

For the Porcupines, it was another clear indication of Oppong’s quality and brilliance to give the current league leaders all three points as he was hailed by fans.

His ability to change games could only be an advantage for the Kotoko coach, who seems to be taking it gradually with the development of the youngster as he was not given a starting berth even after his opening day heroics.

With 32 games more to go, the 18-year-old will only get many opportunities to be on the field should he continue to put smiles on the faces of both his trainer and the fans.

He may not be starting games yet, but the forward will definitely serve as a huge weapon off the bench for Kotoko in this season’s Premier League.