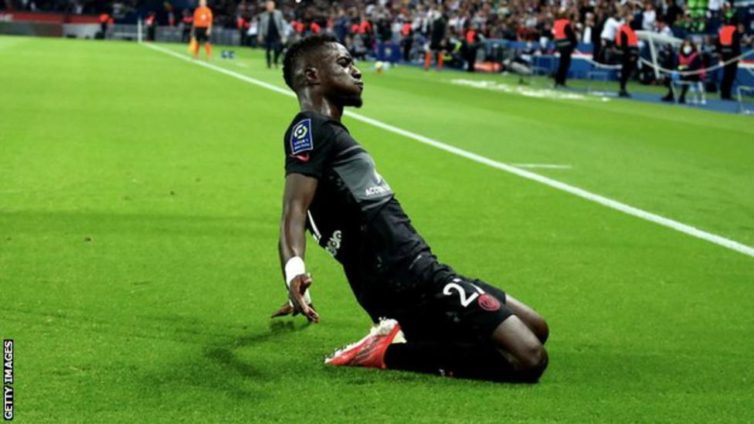 Paris St-Germain maintained their 100% record in Ligue 1 with a 2-0 win over Montpellier at Parc des Princes.

Idrissa Gueye fired Angel di Maria’s lay-off into the roof of the net from the edge of the box for his third goal of the season after quarter of an hour.

It gives PSG eight wins from eight as they prepare to welcome Manchester City in the Champions League this week.

Montpellier mustered tentative efforts from Teji Savanier, which called Keylor Navas into action, and Junior Sambia, but they struggled to get players forward in sufficient numbers to cause PSG real problems.

Goalkeeper Jonas Omlin was keeping the visitors in the contest, parrying Gueye’s shot and stopping Nicolas Cozza scoring an own goal when Kylian Mbappe’s cross was deflected goalwards.

Achraf Hakimi and Mbappe linked up well all night, and they almost combined to double PSG’s lead 25 minutes from time, but the latter could not find the target after rounding Omlin.

With 19 minutes remaining, Neymar squandered a superb chance, missing the target from close range after meeting Herrera’s pass before Draxler made the points safe.