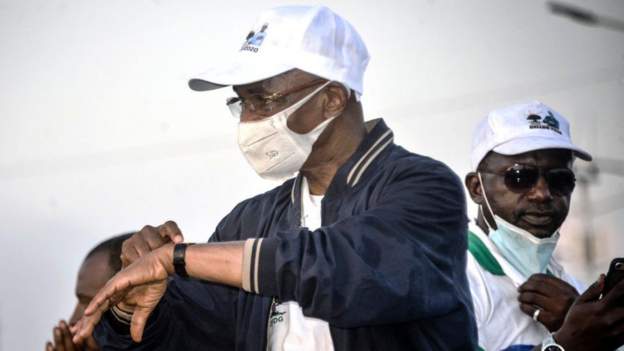 Guinea’s opposition party, Union of Democratic Forces of Guinea (UFDG), has announced the death of one of its detained spokespersons.

Roger Bamba who was detained in September – just before the October polls – was taken to the hospital on Wednesday but died that evening.

A member of the party’s communications unit Joachim Baba Milimono said: “We regret to announce the death of Roger Bamba, communicator of the UFDG. He was detained on 6 September 2020 and held without trial at the central prison, Conde regime’s famous prison.”

The official added that the deceased “was transported to the Ignace Deen hospital on the evening of Wednesday, 16 December, for emergency care where he died on the same evening”.

At a press conference on Wednesday, UFDG’s leader Cellou Dalein Diallo denounced the arbitrary arrest and the illegal detention of his supporters by President Alpha Conde.