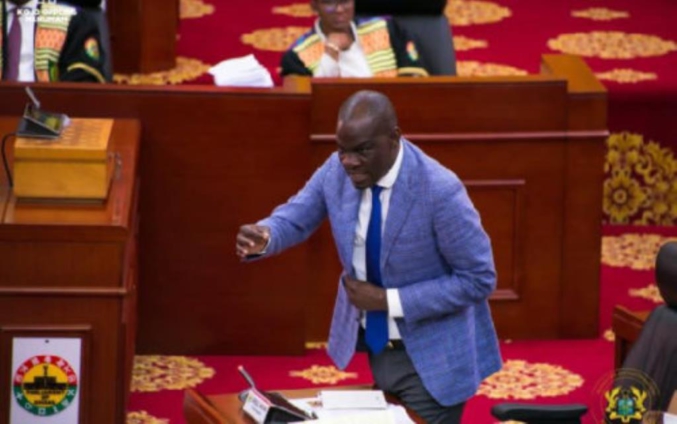 Minority Leader in Parliament, Haruna Iddrisu is predicting more strikes and other industrial actions in the months ahead, that will hugely impact the economy.

According to him, the government’s decision to increase the salary of public sector workers by only 4% has contributed greatly to the instability on the labour front.

“The public sector workers of Ghana can have no smiles into 2022. When inflation is at 8% or 9%, the appropriate thing to do in terms of minimum wage negotiation is to place the wage increase not above inflation.”

“So if you say inflation is 8% or 9%, increase the wages by just 8% or 9%, that is the best practice and that has been the practice,” Mr Iddrisu said in Parliament on Tuesday.

The former Employment Minister stated that the increase in wages by 4% is a “recipe for the industrial conflicts” the country has been witnessing.

He stated that it is not surprising UTAG and other university staffs have embarked on a strike action, stating that this is one of many to come.

“Going into the future, we should be ready to bear the consequences of an unstable labour environment, which is likely to be characterised by protests, and strike actions which ultimately, will affect the productivity of our country,” the Minority Leader added.

The Minority Leader’s comment comes after the National Executive Committee (NEC) of the University Teachers Association of Ghana (UTAG), directed members to withdraw all teaching and related activities on campus beginning Monday, August 2.

Members of the Association laid down their tools and have stayed off teaching, examinations and invigilation, marking of examination scripts and processing of results until further notice.

A statement issued by the NEC revealed the decision to embark on an industrial strike was borne out of the government’s refusal to heed calls by the Association to improve the worsening conditions of service of the university teachers.

The Senior Staff Association of Universities of Ghana also declared a strike effective August 2, in connection with the failure by the government to resolve issues concerning their conditions of service.

Meanwhile, the National Labour Commission has invited the Senior Staff Association – Universities of Ghana (SSA-UoG) and University Teachers Association (UTAG), to appear before it on August 5, 2021.

The invitation is for a discussion on the withdrawal of services by members of SSA-UoG and UTAG.

In separate letters dated August 2, addressed to the Associations, NLC invited the leaderships to make themselves available for negotiations.

DISCLAIMER: The Views, Comments, Opinions, Contributions and Statements made by Readers and Contributors on this platform do not necessarily represent the views or policy of Multimedia Group Limited.
Tags:
Haruna Iddrisu
Industrial action
Inflation
Minority Leader
UTAG
Wages