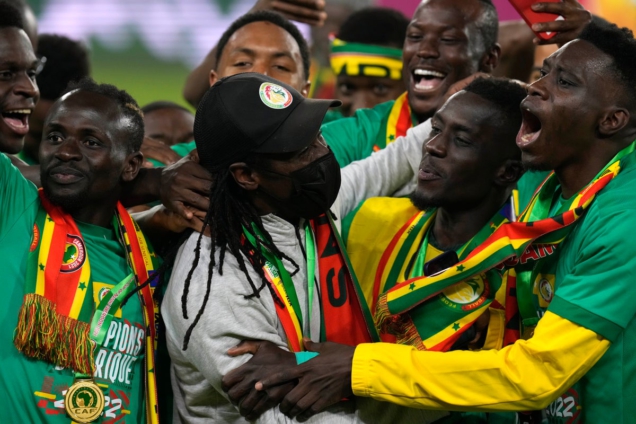 The Teranga Lions beat Egypt 4-2 on penalties in the final of the continental showpiece on Sunday night to deny the Pharaohs an eighth title on the continent while also winning the first in their history.

Prior to 2021 final, Senegal had been to two AFCON finals (2002 and 2019) with Cisse involved on both occasions as a player and as a head coach.

However, he was third time lucky in Cameroon as Mane scored the winning penalty of the game.

Speaking after their triumph, the Liverpool forward said, “For me, I want to dedicate this trophy to Aliou Cisse, I think he deserves it. He is something else.”

Mane has been on the receiving end of silverware since joining the Merseyside club. The forward has won the UEFA Champions League, the English Premier League, Club World Cup and Super Cup.

However, he says the AFCON trophy stands tall for him compared to his other accolades, describing it as the ‘best of his life.

“And of course, so far the best trophy of my life and I can’t express my feeling, I am very happy.”

The Senegal No.10 was also adjudged as the Best Player of the Tournament at the end of the competition, scoring three goals and assisting two.