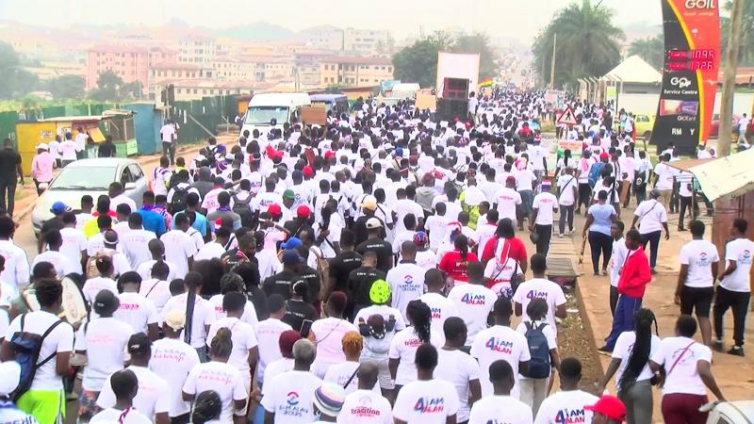 The organisers of last weekend’s Health Walk, “Aduru Wu So”, say it demonstrated how to campaign to optimize votes in the 2024 election for the New Patriotic Party (NPP) in the Ashanti Region, the stronghold of the party.

The pro-Alan Kyerematen walk was attended by thousands of sympathisers.

The organisers said, “The outpouring of love and attendance at the walk is an indication that support for Mr. Kyerematen has increased and he is regarded as NPP Unifier and the best choice to lead the NPP to break the 8.”

In a statement issued on Monday, they thanked all those who took part in the walk, including, patriots, security, media, logistics providers and vendors, who made it very successful with no acts of violence or casualties being recorded.

They however noted an unfortunate development, “Unfortunately, an otherwise successful event has been overtaken by a statement expressed by Hopeson Yaovi Adorye, an NPP activist and the immediate past NPP Parliamentary Candidate for Kpone-Katamanso Constituency. The statement has either been deliberately misconstrued by political opponents for their misguided intentions, or misunderstood by some people.”

The organizers of the Health Walk therefore reiterated that the exercise yielded two outcomes, “First, it demonstrated that the party at the grass-root level is very much energized and ready to lead the Party to victory in 2024. In addition, it showed how much the Ashanti region, the stronghold of the party is ready to support Mr Kyerematen’s leadership of the NPP.”