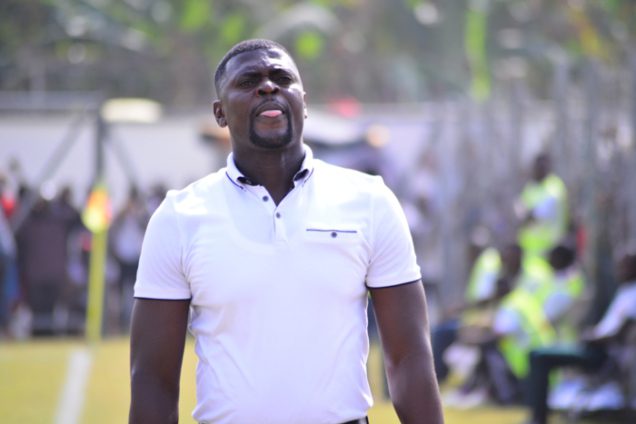 Hearts of Oak managed a first-leg advantage in their CAF Champions League qualifier against Wydad Athletic Club, beating the Moroccan side 1-0.

Isaac Mensah’s strike in the 41st minute was all the capital side needed to ensure they had three points at the Accra Sports Stadium.

Hearts head coach Samuel Boadu spoke to the press after the game and he highlighted some key issues while also identifying what his side needs to do to ensure advancement to the group stage.

“We need a defensive midfielder for the away game. That is what we lack. Salim Adams is not one, I only managed to bring him there,” Boadu said asked about what they needed ahead of the second leg.

“Tactically I think the game was good for us because many even thought Hearts of Oak cannot even get a goal against WAC but of course we wanted to score more as well. WAC came into the game strategically to at least take away a point. It’s quite unfortunate Hearts of Oak didn’t score more goals.

“They [Moroccans] play high balls so when you open up, they are unable match as. We are going to work extra harder so we can contain them.

“The fans shouldn’t give up, just like the club’s motto. We go out there and qualify. We are going to work on the injured players to be back in time so we can go to Morocco and do well.”

The Hearts gaffer made changes to the starting lineup that beat CI Kamsar in the previous round, with one of them being the involvement of Kofi Kordzi from the start. Boadu explained his decision to start the forward while also touching on the absence of Raddy Ovouka.

“Kofi Kordzi showed that he was ready to play following the Kamsar game the other friendly games. That was why he started today and he did well,” Boadu added.

“Ovouka’s loss cost as a lot as it led to failure of our system and strategy but we worked on the replacement to fill the void.”

Speaking on his yellow card received during Sunday’s encounter, he added: “I have learnt a lot from the yellow card I received today so things will change going forward.”

The second leg of the tie is set for Sunday, October 24 in Morocco.