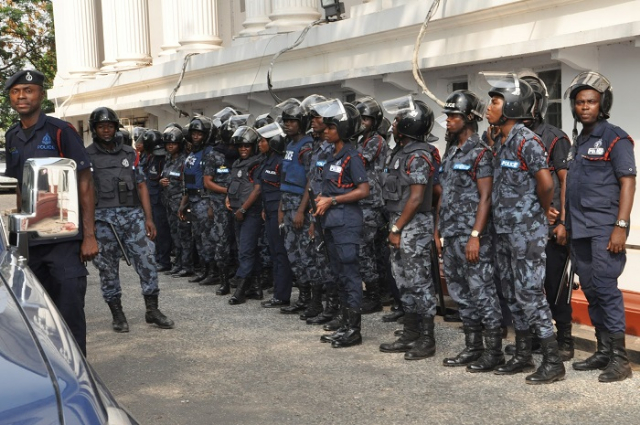 The police officers, numbering at least 40, are armed to the teeth and have been stationed in a room with a limited capacity.

They have been dispatched to maintain peace during the poll.

The President’s nominee had earlier failed to secure the required two-thirds of the total votes cast last month, after two rounds of voting. 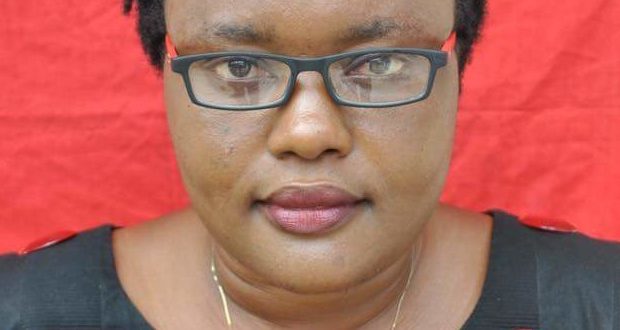 At the end of the last election, Sarah Dugbakie Pobee polled 19 out of the total 36 votes, representing 52 percent.

The Friday election will be her third attempt.

But Assembly Members have raised concerns about the presence of some non-members inside the auditorium.

Presiding Member of the Assembly, Simon Arthur Koblah told Joy News he spotted some “heavy macho men” in the room.

Although he directed the police to usher them out of the room, he said that has not been done.

He quoted Section 5(1) of the Local Government Act, 1993 (Act 462), which defines the people who are eligible to take part in District Assembly elections.

“We have foreigners in the room…they are still in the room and it is not safe for our people,” he lamented.

Mr Koblah believes the media hype given the election and the perceived conflict at the Assembly, necessitated the heavy police presence.

"Ghana is a beacon of democracy in Africa and we must maintain that standard," he said, adding the Assembly did not need that number of police officers.

When it comes to defending the District, Mr Koblah said they will do whatever it takes to ensure that it gets the best development it deserves.