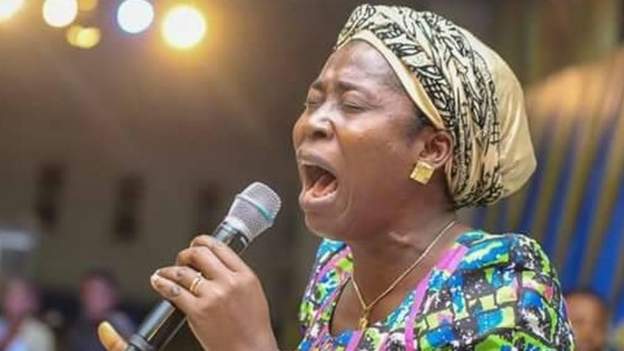 The authorities at the National Hospital in Abuja, where the body of late singer Osinachi is kept, have dismissed claims that the corpse sings in the morgue at night.

According to the health facility, those claims are a figment of people’s imagination and cannot be proven medically.

Speaking to the media on Monday, a spokesperson for The National Hospital, Taiwo Haastrup, said, “somebody that is dead and is a corpse, how would such a person be singing in the night?”

“There is no medical backup to that. It just can’t be proven in any way. So somebody that is dead is dead and has become a corpse; it’s inside a morgue, it can’t sing and can’t move, so it’s an imagination of people.”

Gospel singer Osinachi Nwachukwu passed away on April 8 at a hospital in Abuja.

Following her death, there were reports that she had died of cancer; however, her family quickly went on record to dismiss the claims.

In an interview with Vanguard Nigeria, the elder sister of the late singer said, Osinachi died due to a cluster of blood in her chest after she was kicked in that region by her husband, Mr Peter Nwachukwu.

She claimed her sister had been abused on numerous occasions by her husband.

However, the husband of the late gospel singer denied having a hand in her death during police investigations.

Mr Nwachukwu told the Police that his wife had been unwell since November 2021.

He was later arrested and has since been assisting with investigations.

Meanwhile, the National Hospital conducted an autopsy to determine the singer’s cause of death.

Mr Haastrup said despite having completed the autopsy; they could not make the findings public.

“It’s a coroner case. It’s confidential; we can’t reveal anything there. The IPO in charge will give it to the IGP, who will turn it to the court. The result has been submitted the same, and our people did it confidentially,” he said.