'I came to Ghana just three and a half months ago, don’t expect magic' - Rajevac brushes aside resignation calls - MyJoyOnline.com

‘I came to Ghana just three and a half months ago, don’t expect magic’ – Rajevac brushes aside resignation calls 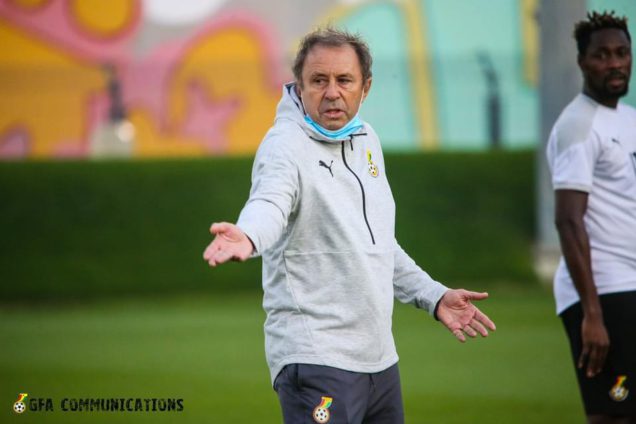 Head coach of the senior national team, Milovan Rajevac, says he will not leave his post as the gaffer despite an exit from the ongoing Africa Cup of Nations.

Ghana suffered a 3-2 defeat to Comoros in the final group game in Group C, leaving them with just one point from their three games, as they finished bottom in their group.

The performance by Ghana in the competition has been described as the worst since the inception of the continental showpiece but the Serbian had other ideas why results did not go their way.

“I came to Ghana just three and a half months ago, don’t expect magic,” Rajevac said in his post-match conference after the loss to Comoros.

Following the defeat and the exit, there have been several calls for Rajevac, who was reappointed back in September to resign or possibly face the sack from the Ghana Football Association.

However, the Serbian says he does not plan on leaving anytime soon.

“I will stay and lead Ghana in the World Cup qualifiers in March. I believe we have a team that can become stronger and get to the World Cup,” he added.

The Black Stars will know their fate in pursuit of World Cup qualification when the draw is held on Saturday, January 22, 2022.