I can battle Sarkodie – Patapaa 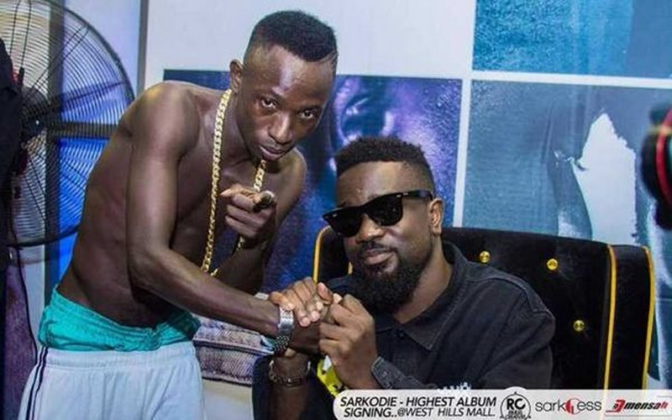 Patapaa believes he is the only rapper who can face Sarkodie in a feud and win.

His statement comes after Sarkodie was praised for his bars in his new song, ‘Sub Zero’ that was aimed at some rappers.

Although the main target of the diss track Asem has replied to it, fans seem to think that Sarkodie unabatedly crushed the former Lynx Entertainment artiste.

“I’m the only rapper that can compete with Sarkodie,” Patapaa wrote while the debate of who won the feud is trending on Twitter.

Singer Mr Eazi who seemed interested in the comment retweeted and tagged Sarkodie to reply to Patapaa’s claims.

Sarkodie said he was not willing to fued with the One Corner hitmaker adding that “he’s untouchable I throw towel.”