I can track premix fuel distribution from my office – Hawa Koomson 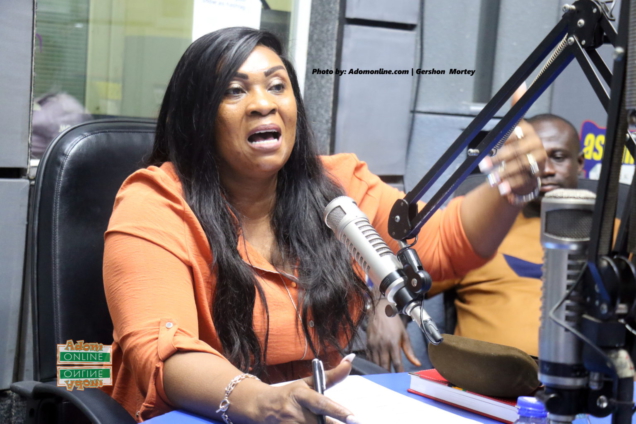 The Fisheries and Aquaculture Minister says the smuggling of premix fuel in Ghana will soon be a thing of the past.

Mavis Hawa Koomson says the Ministry has developed and deployed a new software for the deployment of premix fuel in the country.

According to her, the new technology will help promote the efficient management of the commodity.

Responding to questions in Parliament last week, she said the new system allows her office to track the movement of premix fuel across the country.

“Now we are coming with a more efficient one [technology]. When I am even in the office, I can see the truck that is loading and the quantity that will be in the tank and whenever a fisherman draws premix fuel from the dispenser, I will know,” she said.

Premix fuel smuggling is still a major issue in Ghana.

Recently, the Canoe and Fishing Gear Owners Association of Ghana bemoaned the erratic supply and mismanagement of the product.

The fishers said the incessant premix fuel diversion and the mismanagement of the distribution of the product have become alarming.

At a news conference in Sege in the Greater Accra Region, a national executive committee member of the Canoe and Fishing Gear Owners Association of Ghana, Daniel Ameduameh Sotie, called on the President to step in and ensure an adequate supply of premix fuel to the landing beaches.

“With the increased fuel prices, fishermen cannot afford the Super XP and engine oil as substitutes for the premix fuel, which has been the case in the past. It is most unfortunate that fishers who are expected to observe a month-long closed season in July cannot go fishing now because we cannot get the premix fuel,“ he stated.

Mr. Daniel Ameduameh Sotie further stated that they look forward to the planned automation of the distribution and sale of premix fuel by the Ministry of Fisheries and Aquaculture Development to bring relief to the fishermen.

DISCLAIMER: The Views, Comments, Opinions, Contributions and Statements made by Readers and Contributors on this platform do not necessarily represent the views or policy of Multimedia Group Limited.
Tags:
Fuel
Hawa Koomson
Parliament
premix