I have no interests in PDS – Agyapa Mercer dismisses claims 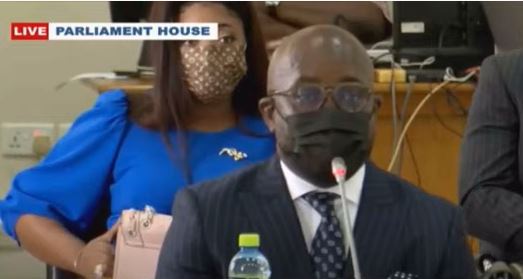 Deputy Minister Designate for Energy, Andrews Agyapa Mercer, has dismissed claims that he has interests in Power Distribution Services (PDS).

Responding to questions about the role he played in the PDS concession during his vetting by the Appointment Committee of Parliament Monday, June 7, Mr Mercer said he does not own shares and has never been a Director of the company.

“I did not play any role whatsoever in PDS. I’m not a director of PDs neither am I a shareholder of PDS and so it’s interesting the kinds of assertions that have been made,” he said.

The Government of Ghana handed over the management of the Electricity Company of Ghana under a Concession Agreement to PDS for distribution of electricity in the southern sector of the country.

However, the agreement was terminated after a forensic audit conducted by the Millennium Challenge Corporation (MCC) and Government of Ghana’s investigations into the issuance of Demand Guarantees for the Concession Transaction, revealed that the Payment Security for the Transaction was invalid.

Following the termination of the deal, there were calls for sanctions to be applied to persons who allegedly were involved in the botched deal. Mr Agyapa Mercer was named among such persons.

Mr Agyapa Mercer explained that he only served as company secretary to another company, TG Energy which was part of the consortium that established PDS.

“It’s interesting that because the documentation of this transaction had my name as Director in one of the shareholders’, PDS, then it became easy to associate me with PDS and create the impression as if to say I was connected someway somehow to PDS, but the truth of the matter is that I’m not a director of PDS nor am I a shareholder of PDS,” he said.

“In 2014, I was engaged to incorporate a company for a client of mine who asked me to be Director-Secretary which is pretty much usual of Law practitioners. It turned out that, that company which is called TG Energy went into some unincorporated joint-ventureship, which is usually referred to as consortium, that then bid for the ECG-PSP process and ultimately when they won, incorporated a company called PDS which contracted with the government of Ghana.

“The cooperate law principles are quite clear that a company is separate and distinct from its shareholders and that indeed PDS, when it was incorporated, had its own directors and Secretary. I did an official search and it’s clear who the directors of PDS and shareholders are. Nowhere is Andrew Mercer found in these two categories,” he added.

Mr. Mercer stated that Mr Amewu got it wrong since there was no fraudulent activity anywhere in the deal.

He contends that “following the investigation that was conducted by the government of Ghana that led to the termination of the transaction, nowhere in the official communication were the words fraud used.

“I still disagree with him now because, I read the statement that was issued by the Minister of Information which is the official Mouthpiece of the Republic of Ghana and in that statement, the Information Minister said that government had detected some material breaches and so had proceeded to suspend the transaction pending investigation, he never mentioned fraud so words like fraud which connotes grave offense ought not to be used anyhow,” he said.

DISCLAIMER: The Views, Comments, Opinions, Contributions and Statements made by Readers and Contributors on this platform do not necessarily represent the views or policy of Multimedia Group Limited.
Tags:
Andrew Agyapa Mercer
ECG
PDS