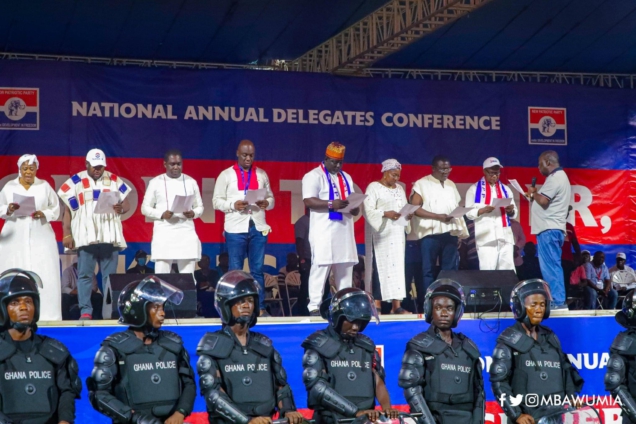 Dr Bawumia said the party must now be united and focus towards election 2024.

In a Facebook post on Sunday, a day after the elections, he asked the defeated candidates not to give up.

“Congratulations to all the newly elected and returning National Officers of our dear party. I look forward to working with you.”

“To the other candidates who didn’t make it, I say to you, well done and better luck next time.”

The NPP over the weekend organised its national executives’ election at the Accra Sports stadium.

It was organised under the theme, ‘Holding Together, Working Together’, with 46 candidates vying for 10 positions with over 6,000 delegates participating in the conference.

However, aside from the National Women’s Organizer and Nasara coordinator who retained their positions, all the eight other slots were filled by fresh candidates of the respective races.

Stephen Ntim became the new Chairman of the party after five attempts in 20 years.

He polled 4,014 out of a total valid votes cast of 5,552 representing 72% with his closest contender, Stephen Asamoah Boateng trailing with 1,010.

Also, John Boadu lost in his bid to retain the General Secretary position.

He was unseated by lawyer Justin Frimpong Kodua, the Chief Executive Officer of the Youth Employment Authority, NYA.

Below is the full list of the new executives: