I remain focused on my work in India, Mike Ocquaye Jnr - MyJoyOnline.com

I remain focused on my work in India, Mike Ocquaye Jnr 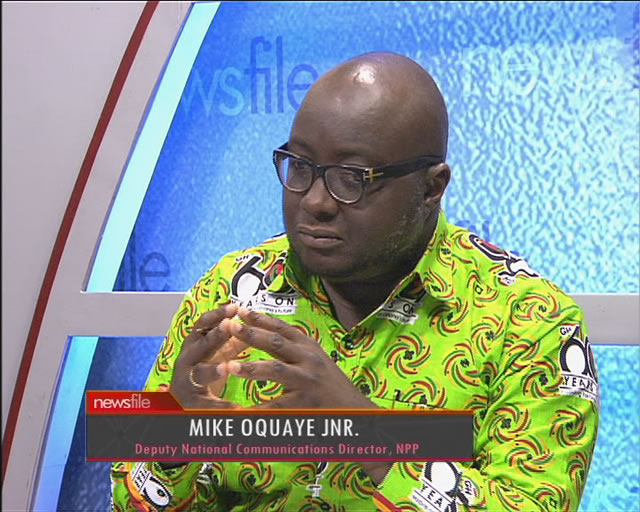 Ghana’s High Commissioner to India, Mike Ocquaye Jnr, has rejected allegations he is no more interested in being a diplomat.

The allegation follows his decision to contest in the upcoming parliamentary primaries of the governing New Patriotic Party (NPP) in the Dome Kwabenya constituency.

In a reaction to the allegations, Mike Ocquaye Jnr noted that the speculations and allegations are being sponsored by his opponents all in an attempt to cause disaffection for him.

He also indicated that he is more energised and excited to be in India, working on behalf of President Nana Akufo-Addo to deliver on the promises made to Ghanaians.

Mike Oquaye Jnr further explained that, for the first time, Ghana has a set a record of 34 per cent increase in trade with India.

He believes this among other achievements were the reason his constituents called on him to serve. “Ghana has also set a record 34 per cent increase in trade with India and for the first time in our favour, in the last one and half years only as reported to our Dep. Min. of Foreign Affairs, Hon. Charles Owiredu when he last visited India – as per Ministry of External Affairs of India Data last year.”

Mike Oquaye Jnr, faces stiff competition as he comes up against the incumbent and Minister of State in Charge of Public Procurement, Sarah Adwoa Safo, who is seeking re-election for the third time.

Some delegates in support of Mr Ocquaye Jnr’s bid for the Constituency’s seat ahead of the 2020 elections, picked the forms Thursday, February 6, on his behalf.