I used to think highlife was a ‘whack’ genre – Kwame Yeboah - MyJoyOnline.com

I used to think highlife was a ‘whack’ genre – Kwame Yeboah 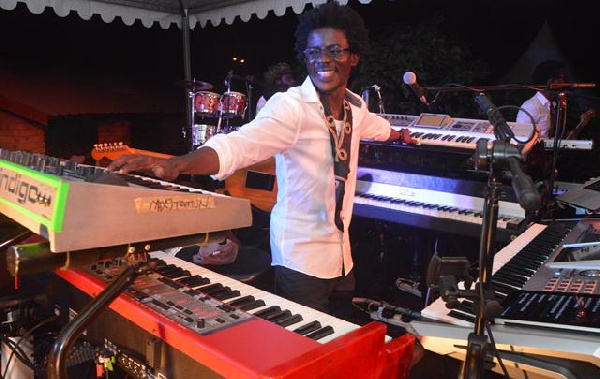 Music director and record producer Kwame Yeboah says that he saw the highlife music genre to be “whack” at a point in his life.

He made the revelation on Y-Leaderboard Series on YFM when he was asked about his most significant achievement in his musical journey so far.

According to him, even though he grew up listening to and playing highlife music, he felt the genre was not good enough because it was full of repetition.

“That was a great moment, and it was like an epitome of something. I grew up playing highlife music and listening to highlife music, but at one point, I felt it was such a bad genre, that it’s the same and a whole lot, but I didn’t realise that I had to play my part to make it better”, he said.

Kwame Yeboah continued that until age 21, he was convinced that Rhythm and Blues and the other music genres were the way to go.

“I thought about it and told myself that if all these great songs came from this music genre, then I had to look at it again, and that was when I realised highlife is really great. I wished my mom and dad could see me,” he said.

Kwame Yeboah relocated to the UK after being invited to work with Award-winning British Urban artist Ms Dynamite, followed by many TV appearances and live shows.

Now based in London, he moved on to working with many British artists such as MPHO, Daniel Bedingfield, Jamie Scott, Rhian Benson, Mis-Teeq, R’n’B/Garage heartthrob Craig David who he recently accompanied on his 2013 World Tour.

Having toured and worked with artists such as Stevie Wonder, Omar, Shaggy, Another Level, Ken Boothe, Tom Jones and many more, Kwame is currently a member of the Supowers working and touring with Sierra Leonean-German Reggae/ Soul artist Patrice Bart-Williams as well as Yusuf/Cat Stevens´s Roadsters.

Kwame has been known as the keyboardist and music director for one of Ghana’s number one selling artist Kojo Antwi.

He is also a part of the sensational Ghanaian Afro-pop band Osibisa.