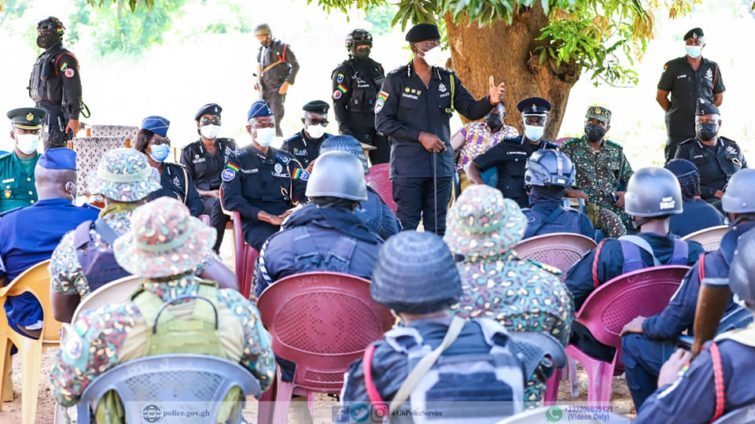 The Inspector-General of Police (IGP), Dr George Akuffo Dampare, has embarked on a two-day visit to the Volta Region.

Dr George Akuffo Dampare also commiserated with the family of the late Etornam Avulekpor, alias Young Moni, who died during a Police swoop earlier this month at Akatsi.

At the event, the team visited and interacted with chiefs, and Police personnel at Ho, Abutia, Anyirawase, Hlefi, Dzolo-Kpuita, among others.

Some 13 police officers who have been unwell were also visited. Again, the team also interacted with four operational law enforcement taskforce teams at Aveyime, Golokwati, Alavanyo and Juapong.

During the tour, the IGP urged Police officers to be professional in the discharge of their duties and assured them of the Police Administration’s backing as long as they did what was right.

Dr Dampare indicated that the Service is on a journey to move away from its past and work towards becoming a more responsive and respected institution, adding that he is determined to provide a demand-driven policing, tailored towards the peculiar needs of specific communities.

Chiefs and community members were also entreated to continue lending their support to the Police Service in its quest to ensure the safety and security of all citizens.