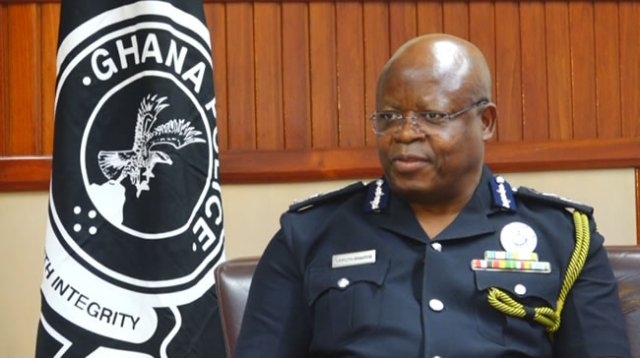 His call comes after armed robbers killed a police officer, Emmanuel Osei, an eyewitness, Efua Badu, and injured a bullion van driver at Adedenkpo, a suburb of Jamestown in Accra on Monday.

Speaking on Top Story, Monday, he said the failure of the police to curb the surge in robbery cases can be attributed to the non-replacement of aged police officers with young and energetic ones who can introduce innovative ways to fight the ongoing menace.

“I am putting the blame at the doorsteps of the Police IGP and I am advocating that he should go, he has reached retirement age, they have given him two extensions so he should go home for more enthusiastic, energised officers who are within the 60 years limit to take over and probably put a bit more enthusiasm into the Ghana Police.

“When was the last time we saw any serious reshuffle? police operation reshuffle, commanders being moved left and right, nothing,” he added.

The country has recently recorded a surge in daylight robberies in the Greater Accra Region. On Wednesday, June 9, a man was shot in the stomach in a daylight robbery by two armed men. He was pronounced dead 24 hours after being treated at the 37 Military Hospital.

Two armed men that same day also broke into a forex bureau near Honeysuckle in Osu. They stormed the structure near the Police Station and made away with an undisclosed amount of money.

According to Mr Bonaa, the importation and manufacturing of illicit firearms has contributed to the increasing number of robbery cases in Ghana.

Describing it as worrying and a course for concern, he stated that if care is not taken, criminals will plunge the nation into a state of instability.

Accusing State Security Officials of failing to rid the country of illegal possession of firearms, he said, “If they had attempted to collect data on illicit firearms, they would have realised that we have too many firearms, we got to suspend everything we are doing and go into town and retrieve these firearms.”

The Security Analyst further noted that crime patterns have changed,” from night robbery to daylight robbery and so it tells you that the modus operandi of these criminals involves tracking down their victims.”

He urged the Ghana Police Service to utilise CCTV cameras mounted on the streets to fish out criminals in the country.

“We have spent millions of dollars to install CCTV Cameras. In one of my publications, I asked if this crime was to happen in London or US the first five, ten minutes you will see a video out there saying we are looking for these people. When was the last time we saw this done in Ghana. We just install them as if they are dummy cameras.”

Meanwhile, the Inspector-General of Police (IGP), has directed the Director-General, Criminal Investigation Department to take over investigations into circumstances leading to the killing of a police officer and a bystander during the attack.

DISCLAIMER: The Views, Comments, Opinions, Contributions and Statements made by Readers and Contributors on this platform do not necessarily represent the views or policy of Multimedia Group Limited.
Tags:
Adam Bonaa
Armed Robbery Attack
IGP
James Oppong-Boanuh
Security Analyst