I’m being pressured to join Hearts of Oak – Annor Walker 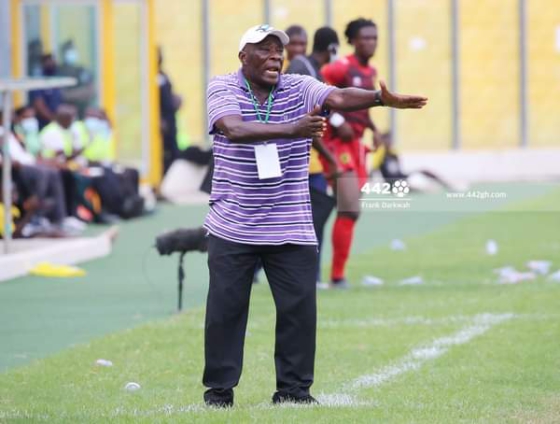 Head coach of newly-promoted side, FC Samartex, Annor Walker, has revealed that he is under constant pressure from the management of Accra Hearts of Oak to join the club.

The Phobians have been in search of a new coach following the dismissal of head coach, Samuel Boadu and his backroom staff on Thursday, September 29, 2022, after a series of poor results.

The club recently announced the appointment of an assistant coach, David Dickson Ocloo, who will in turn act as interim coach until a substantive coach is appointed.

“For about two weeks now, I am not free in the hands of Hearts of Oak if I’m not telling lies. They are giving me pressure [to leave Samartex],” he said as reported by Ghana Sports Page.

“Let me ask if your husband or wife is taking good care of you and others want to snatch you will you go? It has affected me, talking about the Hearts of Oak job because I was with them in Accra but they couldn’t approach me now that they are tagging and calling me whiles I’m in Samartex.”

He added that “There is pressure on me because they are calling me but I’ve told them everything but still they don’t understand. Some of the supporters are also calling.

“I am in Algeria now for the CHAN draw. I will know what to do when I touch down in Ghana but I’ve told them to discuss it with Samartex.”

However, Walker, who doubles as the head coach of the Black Galaxies said he was open to joining Hearts of Oak only if the club is able to reach an agreement with Samartex FC.

“Though I am in a good relationship with Samartex now if they want me to go I can come and help Hearts of Oak. I will be ready to help them but it will depend on Samartex,” he told Ghanasportpage.com

Accra Hearts of Oak will be looking to appoint a substantive coach before the premier league resumes after the court hearing on October 14, 2022.

Meanwhile, the club will be in action in the CAF Confederation Cup against AS Bamako on Sunday, 8th October, 2022 in Mali.

DISCLAIMER: The Views, Comments, Opinions, Contributions and Statements made by Readers and Contributors on this platform do not necessarily represent the views or policy of Multimedia Group Limited.
Tags:
Annor Walker
Hearts of Oak
Samartex