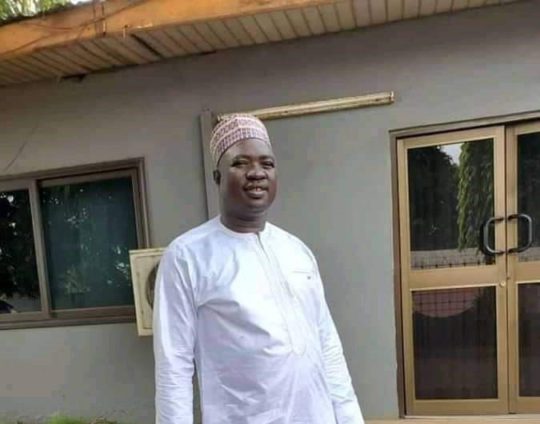 The North East Regional Chairman of the ruling New Patriotic Party (NPP), Nurudeen Fuseini, has pleaded for solidarity and unity as the party prepares to kick start internal elections across the country.

The chairman has also urged all disgruntled members to put aside their grievances and join hands for the growth of the party.

The chairman was speaking exclusively to JoyNews as he declared publicly his intention to seek re-election in 2022.

“It’s part of my priority to contest. I will still contest to support our party to dominate in the North East Region.  Because of we had four out of six and I want to complete the agenda 6 over 6 in 2024 so that I can support the presidential candidate that the party is going to give us to win 2024 election”, the Chairman declared.

Nurudeen Fuseini, a businessman and party financier emerged in the spotlight in 2013 when he first won the Nalerigu/ Gambaga chairmanship position.

He stepped down along the way to contest the regional position following the creation of the new regions and won in a fierce and divisive contest that has since left the party in fragments.

Prior to his election as the regional chairman, Mr Fuseini was hugely popular and strongly influential among the party grassroots across the region.

He has however been facing a waning influence and popularity among the party members .

He won again in 2017, however, had to resign to contest the regional position following the creation of the new regions.

However, Nurudeen’s administration as the first chairman of the party in the region has been highly controversial.

“I am going to improve the level of my political approach to people and make ensure that every tom dick and Harry is put on board”, the chairman disclosed.

He continued; “They are grievances across certain constituencies, measures are being taken with myself and my regional minister that, we should bring on board”.

“We are down to beg people who felt the party had neglected them; we will put them together and share ideas with them and see the way forward, what we mind to do to break the eight (8)”, he said.

Mr. Nurudeen explained that his main reason for seeking re-election was to sustain and consolidate the promising political fortunes of the party under his mandate in the region, and also to ensure the party retains power in 2024.

The chairman strongly emphasised the need for the NPP to win the next General election but to do so, according to him, the party needed “strong people” like himself.

He added that; “I will recontest because the party needs a strong person like me because the NDC is going to bring people that know me to challenge me”.