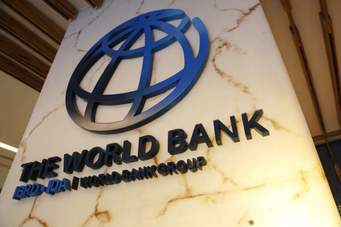 As part of efforts to get a lasting solution for Ghana’s industrialisation agenda, the Alliance for Development and Industrialisation (ADI) is calling on the two Bretton Woods Institutions – the International Monetary Fund, (IMF) and the World Bank to channel its financial assistance for Ghana into industrialising the economy.

In a statement issued in Accra and signed by the president of the think-tank, Richard Danso, the current Gross Domestic Product (GDP) growth indicates that the Ghanaian economy needs to be restructured to achieve better growth with real jobs.

According to figures released by the Ghana Statistical Service, (GSS), the economy expanded by 4.8% of GDP in the second quarter of 2022. However, the manufacturing sector recorded a GDP growth of 8.8%.

According to ADI, over the years, most of the World Bank project support has not helped enough to catapult the needed impact expected by the International Development Agencies.

The challenge is that private participation has been lacking and this has not helped the country to record the needed growth.

The statement said the impact of the country’s industrialisation on the economy could be achieved if all donor support is focused on industrialisation and privatisation which would lead to a sustainable social development.

“We believe that Ghana’s dependent on cocoa should be diverted into a multi sectorial areas, for example mango, avocado, coconut among others.

Our natural resources should be processed at an affordable price to take advantage of the Africa Continental Free Trade Agreement” it said.

It added “the cedi depreciation gives Ghana the opportunity to trigger Africa’s industrialisation and export drive among member countries which would give the country the needed forex, improve our balance of payment, shore up our reserves as well as stabilize the cedi” .

“We believe that notwithstanding the cedi depreciation with its profound advantage , it needs a critical investment for the country to realise it returns,” it said.

ADI also pleaded with the government to strengthen financial institutions so they can attract the needed investments, as well as Foreign Direct Inflows (FDIs) into the country.

It advised the government to cut down on public service expenditure by introducing private sector participation to promote good performance and efficiency.

DISCLAIMER: The Views, Comments, Opinions, Contributions and Statements made by Readers and Contributors on this platform do not necessarily represent the views or policy of Multimedia Group Limited.
Tags:
Alliance for Development and Industrialization
IMF
World Bank