Importing water is not an option for Ghana – Water Resources Commission 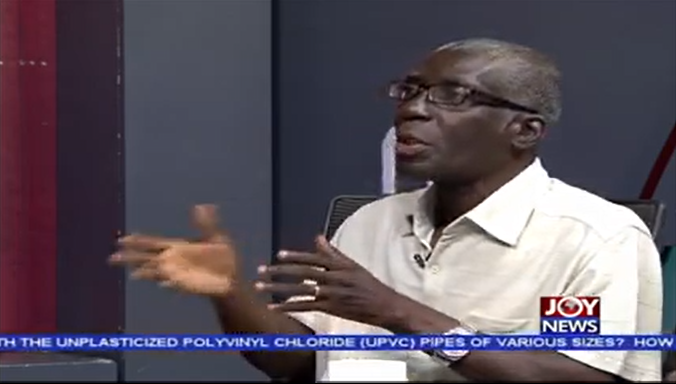 The Executive Secretary of the Water Resources Commission has revealed that importing water as a last resort due to the failure of the fight against illegal mining cannot be an option for the nation.

Speaking on JoyNews’ Newsfile, Ben Yaw Ampomah explained that importing water means the country will have to build pipelines in Ghana’s neighbouring countries for the transportation of water into the country.

“In our case, we can only do so by constructing from Togo, Burkina Faso or Ivory Coast.”

In the last three years, experts at the Ghana Water Company have warned that due to high turbidity levels of water bodies, especially in the South-Western water systems where the practice of illegal mining is rampant, Ghana could potentially import water to meet nationwide demands.

But, Mr Ampomah believes the country’s need for potable water does not necessarily mean neighbouring countries can help.

“Togo does not have that luxury of having abundant water to give to us; neither does Burkina Faso or Ivory Coast. We have the water that flows naturally into the country and that is our right. 30% of our waters come from outside,” he added.

According to the Executive Secretary, the reality is that, in addition to what the country has, there are water bodies that the four countries all share.

“Bottom line, water has no substitute. We shouldn’t compromise both the quantity and quality of it no matter the activity, whether it is illegal mining or improper use of fertilisers because if we do that we should forget about importing water.

DISCLAIMER: The Views, Comments, Opinions, Contributions and Statements made by Readers and Contributors on this platform do not necessarily represent the views or policy of Multimedia Group Limited.
Tags:
Illegal mining
JoyNews Newsfile
Water Resources Commission