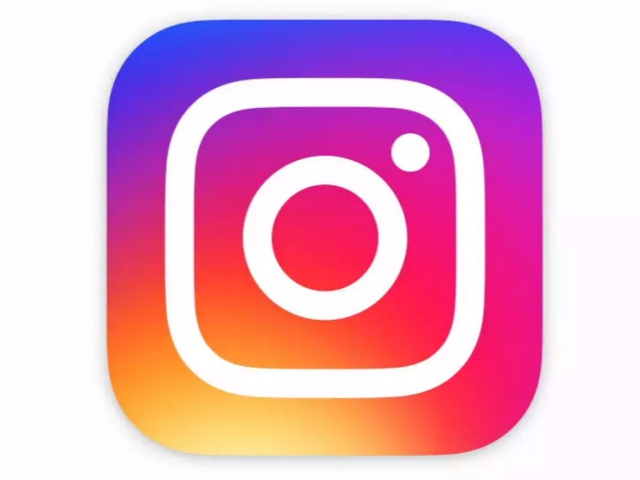 The future of Instagram continues to look more and more like Snapchat. The latest example: a new camera-focused app for messaging close friends — which reads like a product description for rival Snapchat.

On Thursday, the Facebook (FB)-owned company announced a new app called Threads, which is a complementary app to Instagram that lets users connect and share messages with a smaller group of friends. While the Threads app offers its own inbox for messages, you’ll still be able to read and respond to your close friends in the primary Instagram app.

The app pulls in your Close Friends list on Instagram, a feature that lets you pick which friends you want to share Stories with. Only you control the list, meaning people can’t request to be on it. You can also add or remove people at any point and they won’t be notified.

Shares of Snapchat’s parent company Snap were down as much as 7% in midday trading Thursday following the product launch.

Like on Instagram (and Snapchat), Threads users can message close friends and send them disappearing photos and videos. You can also share a custom status on the app or opt into the automatic status tool, which uses your location and phone data to let friends know that you’re at home, work, or the movies or that your phone is running low on battery. The status function won’t expose your exact coordinates, and Instagram promises the location information collected won’t be used for ads, nor will the location information be stored on Instagram’s servers.

In August, The Verge reported that Threads was in the works.

When asked about the similarities between Threads and Snapchat and if this was an effort to compete, Instagram director of product Robby Stein didn’t directly address the question.

“The reason we did this is because Instagram messaging, Stories and Close Friends are really successful,” he told CNN Business. “We’re seeing people increasingly have a need to share even more with the people who matter most to them.” 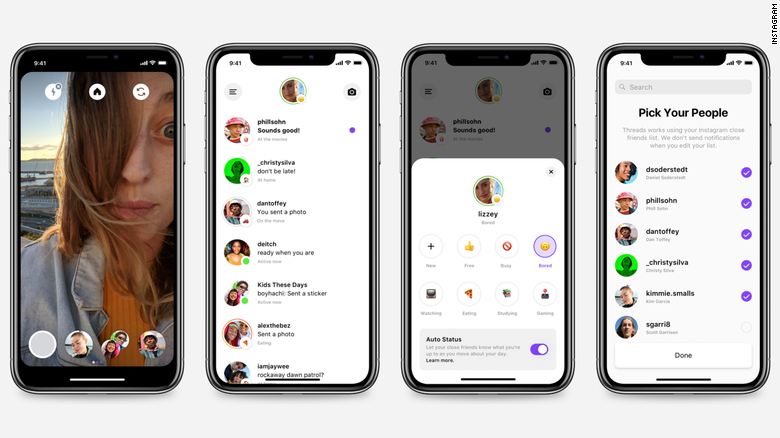 Instagram has infamously copied a number of Snapchat’s most popular features, including Stories — photos and videos that disappear after 24 hours — and augmented reality filters that overlay selfies with special effects like cat ears and fake eyelashes.

This tactic has paid off for Instagram. Some 500 million people use Instagram Stories every day, compared to Snapchat’s entire daily user base of roughly 200 million.

“It definitely isn’t the first time Instagram has taken a page out of Snapchat’s playbook,” said eMarketer analyst Jasmine Enberg. “There are some similarities between Threads and Snapchat.”

One similarity she pointed to is the ability to keep tabs on friends’ locations. Snapchat offers a map feature that lets users share their exact location with friends. Enberg said Instagram is looking to offer something similar with Threads, but without showing precise coordinates — perhaps in a nod to broader scrutiny of Facebook’s data privacy practices.

The launch comes at a time when Facebook (FB) and other tech giants are facing scrutiny in Washington over their power and influence. The House Judiciary Committee has launched a “top-to-bottom” antitrust probe of big tech firms. Facebook also faces antitrust probes from eight states and the District of Columbia as well as from the Federal Trade Commission. Facebook’s competitors, including Snapchat’s parent company, have reportedly spoken with investigators from the FTC about the company’s aggressive tactics.

For Facebook, however, the introduction of Threads aligns with the companys broader ship to focus more on private messaging and group chats.

Earlier this year, Facebook CEO Mark Zuckerberg outlined a vision for the company that includes an emphasis on private, encrypted and ephemeral messages. However, this pivot could create other problems. It could limit the accountability of Facebook and bad operators on its platforms by making it harder to track and police troubling content. For example, content ranging from fake news to false advertising could get distributed privately rather than publicly.

“People are interested for sure in more private sharing,” said Enberg. “Whether or not they want an app from Instagram and from Facebook that does more of this remains a question.”

DISCLAIMER: The Views, Comments, Opinions, Contributions and Statements made by Readers and Contributors on this platform do not necessarily represent the views or policy of Multimedia Group Limited.
Tags:
Instagram
Snapchat
Social Media