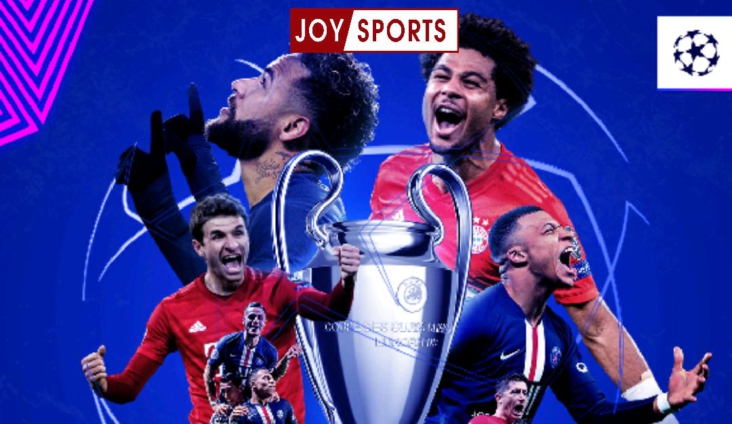 Joy Sports provides a 360 coverage of what you need to know about the UEFA Champions League final between Bayern Munich and Paris Saint-Germain.

The 2020 competition will be climaxed this Sunday evening with the two respective champions of Germany and France going head-to-head for the prestigious trophy.

Bayern defeated Lyon 3-0 in the semi-final while PSG eased past RB Leipzig by the same score to book a place in Sunday’s settlement match, slated to take place in Lisbon.

Both teams are highly motivated to win the biggest competition in European football with the Bavarians standing as favourites. Spectators will be served with a battle between two of, arguably, the best attacks in the world.

Paris Saint-Germain boast a solid midfield on paper; Marco Veratti is incredibly press-resistant, and Marquinhos is a robust defensive-midfielder.

Robert Lewandowski, who cemented his name in the history books with his 15th goal in this season’s tournament following his goal against Lyon, is a name to watch.

The influence of Bayern captain and goalkeeper, Manuel Neuer, should not be underestimated.

When is the Champions League Final?

The match will be played behind closed doors to no fans to prevent further spread of the Covid-19 pandemic.

The 2020 UEFA Champions League Final will be covered on all Joy Sports media.

Warming up for tomorrow’s finale! 🏆 We got you covered. Don’t forget to join us on radio, TV and online. 📻📺🌐 #JoySports #JoyUCL

There’s scheduled to be a three-hour radio buildup from 4pm, with a special Champions League Quiz at 5PM where prizes will be won, and then live commentary of the game at 7pm Ghana time.Joy 99.7FM.

Buildup begins from 4pm on our handle @JoySportGH. Live updates of the game is also available.

Updates of the final will be on this site, with build-up starting from 18:30 GMT.

You can get into the mood with our podcast previews. Listen here, or download and enjoy.

Why wearing a Marseille shirt is illegal.

Our partners, DStv will broadcast the final live. The preferred method for many is to watch on TV, mute the sound, and turn up the volume of the Joy FM commentary. Try it!

Who won the 2019 UEFA Champions League?

Liverpool won 2-0, with a penalty converted by Mohammed Salah and an 87 minute strike by substitute Divock Origi at the Wanda Metropolitano Stadium in Madrid against Tottenham Hotspur.

The Joy FM coverage of the UEFA Champions League is sponsored by DStv, GOtv, Adonko Next Level Energy Drink and Officer Bitters.

DISCLAIMER: The Views, Comments, Opinions, Contributions and Statements made by Readers and Contributors on this platform do not necessarily represent the views or policy of Multimedia Group Limited.
Tags:
Bayern Munich
Champions League
Joy Sports
PSG