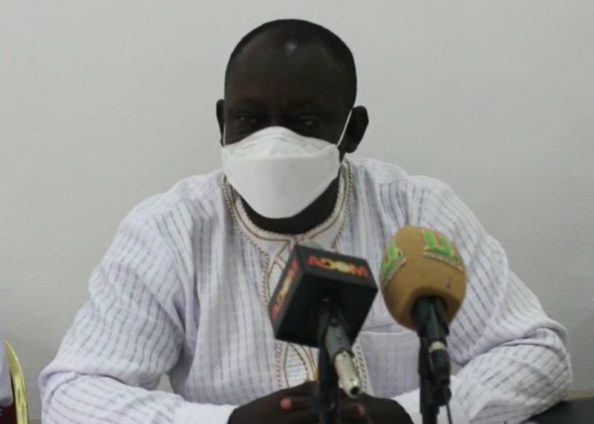 Alex Nartey, the national president of the Judicial Service Staff Association Of Ghana

The Judicial Service Staff Association of Ghana (JUSAG) has  called off its intended industrial action to back demands for the review of salaries and allowances for members.

Members of the Association had planned to lay down their tools on Thursday October 28, this year.

Speaking at a press conference at the Law Court Complex in Accra on Wednesday, Mr Alex Nartey, President of JUSAG, said after serving notices of the Association’s strike a few weeks ago, the Office of the President wrote to the Judicial Council calling for a meeting between the two parties on the issue.

He said the meeting was held on October 26, this year, and that another meeting had been scheduled for Thursday, October 28.

Mr Nartey said JUSAG had some outstanding issues that needed to be addressed in relation to salaries and that if the concerns were not addressed on October 28, it would have no option than to embark on total withdrawal of service on November 1, this year.

On October 1, this year,  the National Executive Council of JUSAG issued a demand for  the implementation of the Judicial Council recommendations on salaries and allowances of members of JUSAG.

The said it gave the government two weeks ultimatum to conclude discussions on all issues on outstanding payments of 2021 salaries and other allowances.

Consequently, the Council served notice of industrial action on the  National Labour Commission, the Ghana Bar Association, Government and management of the Judicial Service effective October 28, this year.