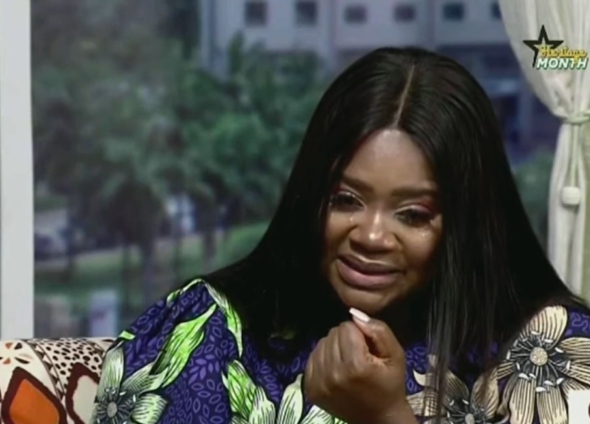 Actress Kafui Danku could not hold back her tears when she shared the story of a lady who was sexually abused at the age of eight.

According to the actress, the lady was sexually abused by a man who could not get an erection.

After failing to penetrate the young girl, the abuser allegedly used a bottle instead, Kafui Danku said amid tears on GTV’s Breakfast Show on Tuesday.

She revealed that “her (Victim’s) parents blame her for what happened. That happened when she was eight” adding that she (Kafui) cried when she first heard the story.

Kafui Danku said that the lady does not feel happy in her home, especially because members of the society who are supposed to protect, rather point fingers at her.

The actress and producer noted that she had wanted to do a project on the lady, however they could not do so because of concerns for the victim’s mental health.

“So children go through this and we expect them to be normal and act like nothing happened. When even there is an after effect, we turn around and we judge them, blame them, the very society that didn’t protect them, it’s sad,” she said.

Kafui Danku added that if she could be president for 24 hours, she would pass a law that would protect children from sexual abuse and also get justice for victims.

She stated that children have the right to enjoy their childhood without having to go through such traumatic experiences.