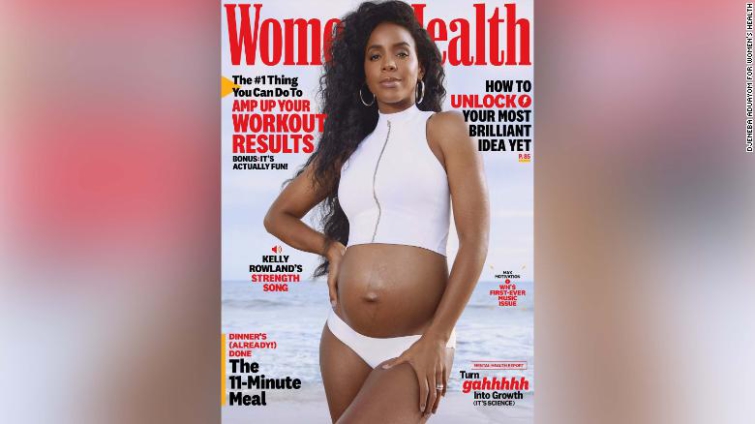 Kelly Rowland went public with her pregnancy on the cover of Women's Health.

Was it destiny’s child or planned for Kelly Rowland to have a second baby?

The singer/actress/TV personality has gone public with her baby bump on the cover of the new issue of Women’s Health magazine.

She told the publication that she and husband Tim Weatherspoon wanted to have another child.

“We had been talking about it loosely, and then Covid happened, and we were just like, ‘Let’s see what happens,'” Rowland said.

What happened was that she got pregnant right away, something the 39-year-old star does not take for granted.

It doesn’t sound like “The Voice Australia” coach is slowing down much as she still plans to release some new music.

“I was thinking, ‘Oh my god, my fans are gonna be so disappointed….They wanted an album first, but they got a baby!'” she told Women’s Health. “And I was like, ‘I have to figure this out so they get both.'”

Rowland and Weatherspoon, who was her manager, married in 2014 and have a 6-year-old son, Titan.