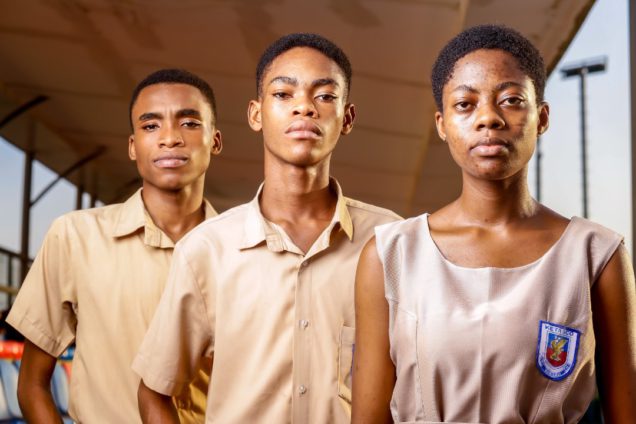 The 2021 NSMQ finalists from Keta Senior High School have appealed to the general public to support their school with an ultra-modern science laboratory.

Speaking on the Super Morning Show, the finalists indicated that “we do not have a Science Centre of Excellence in our school. We practice in a classroom.”

This, according to them, affects them during rehearsal competitions since the classrooms are not equipped with the requisite logistics to facilitate their studies during such times.

“So we’ll be very glad if we get an ultra-modern science centre of excellence with accommodation facilities which will be well equipped with all that the students will need to practice with,” Francisca Lamini, one of the contestants said.

The Keta Senior High School contestants have been commended for their outstanding performance at this year’s NSMQ. Though they couldn’t take home the trophy, they maintained their feat at the beginning of the contest till they placed third at the final stage.

They trampled on Wesley Girls’ SHS and Tamale SHS to register their presence in the final stage of the National Science and Maths Quiz (NSMQ). Ketasco took charge of the contest from the first round and maintained their dominance in round two’s speed race where they widened the gap to put them ahead with 37 points. Wey Gey Hey and Tamasco followed with 22 and 21 points, respectively.

At the end of the contest, the ‘Dzolalians’ flew past their opponents when they accumulated more points in the fourth round. They proved that they were prepared to make a historical appearance at the grand finale. However, they couldn’t make away with the trophy as Prempeh won the final contest.

Speaking to JoyNews, Senior Dzolalian, Mawuli Fui Kwadzovia, who was with the contestants on the Prime Morning Show was of the view that addressing the challenge with facilities will significantly boost their performance in subsequent contests. He, thus, called on the general public to support the school with the items listed.

“Other logistical constraints the school has, include a vehicle to move them during the regional tours, an assembly hall to host inter-school competitions, etc.

“We also need some laptops and tablets. So we are looking to the general public, corporate Ghana to come to our aid to build an ultra-modern assembly hall that can accommodate many of these activities that we have in the school. And with all these in place, we should be able to bring the trophy to the Volta Region in the next NSMQ contest,” he said.