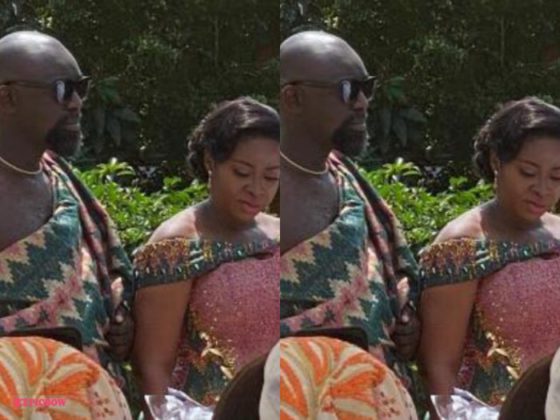 This follows the collapse of her first marriage to Rev John Wilberforce Aidoo, with who she said she was very unhappy.

According to the actress, whose marriage ended three years ago, there was no point in staying in the marriage when she was not happy.

Videos, which have gone viral on social media, captured a colourful kente-themed ceremony held in strict adherence to the Covid-19 safety protocols.

Basking in euphoria, the two were spotted in green and peach kente outfit with the actress adorned with beads.

Scores of relatives and loved ones, who were beside themselves with joy, also donned colourful shades of kente to share in their day.