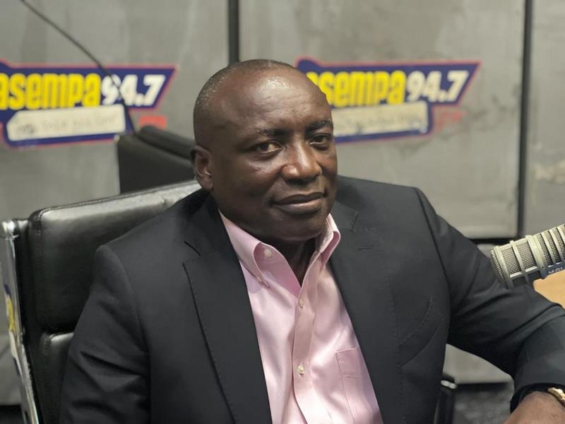 Former General Secretary of the New Patriotic Party (NPP), Kwabena Agyepong, has for the first time in six years opened up on the allegation that he received a car as a gift from businessman, Ibrahim Mahama.

In 2016, Mr. Agyepong was alleged to have accepted the gift from the brother of former President John Mahama, to ensure the New Patriotic Party (NPP) remained in opposition.

But the NPP stalwart, in an interview on Asempa FM’s Ekosii Sen show on Wednesday, stated unequivocally that, the wild allegation “was fabricated from the pit of hell.”

The Ashanti Regional Chairman of the NPP, Bernard Antwi Boasiako, popularly known as Chairman Wontumi, made the allegation.

He claimed in a radio interview that, Mr. Agyepong prior to the 2016 election received a plush car from Ibrahim Mahama, younger brother of Mr. Mahama to work against his own party.

“Kwabena Agyapong when he was General Secretary, stooped so low by collecting a plush car from Ibrahim Mahama with the motive of working against the NPP so that the NDC would win the 2016 elections on a silver platter”, Wontumi reportedly said on October 28, 2016.

But Kwabena Agyepong said the allegation was part of a grand scheme to get him out of office.

According to him, they said among other things that, even his wife was given government scholarship abroad by the Mahama government when in fact, it was late former President Mills who was President.

“I heard that a car I was using was given to me by Ibrahim Mahama. They even said my wife was given a scholarship to study abroad but my wife went to do her PHD in 2012 when Mills was the President. They were propaganda against me,” he bemoaned.