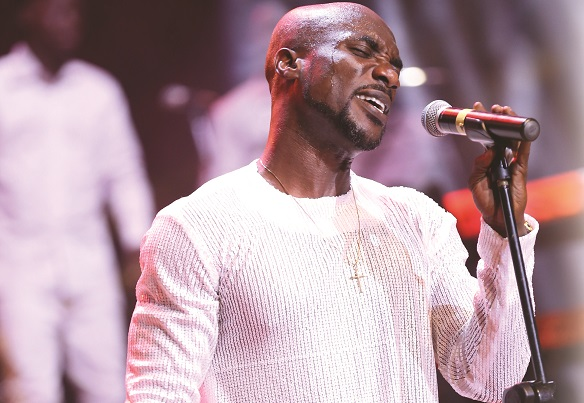 Highlife artiste, Kwabena Kwabena, has reportedly been involved in an accident.

The artiste, according to reports, was returning from a funeral in Kumasi when the incident occurred.

The accident, which happened on Monday, has damaged Kwabena Kwabena’s vehicle, but he escaped unhurt.

According to reports, the accident occurred after the bonnet of a car in front of him forcibly opened.

The situation caught the driver by surprise. Hence, he pulled the brake, causing the musician to hit the rear of his car.