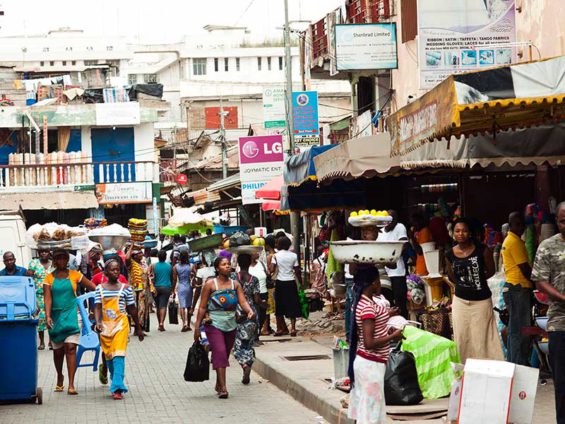 Awo is a local lawyer who sells shito and fruit juice as a side job to live more comfortably in Kumasi.

The lawyer revealed that she uses her skills to ensure financial freedom and independence in an economic crisis situation.

She told Host of Luv in the Morning, on Luv FM, David Akuetteh, that despite earning enough as a lawyer, it is her ambition to give a better life to her children.

“I sell Shito and fruit juice because it empowers and fulfills me to create something I want. Also, I appreciate the revenue it brings,” Awo said.

Awo says it is pointless for Ghanaians to sit idle and rely on government’s help during economic hardship.

“Being a lawyer has taught me that in difficult times, only you can help yourself,” she said. “This may sound insensitive, but the youth sitting at home unemployed are lazy because they must take what they have, even if it’s close to nothing, and help themselves.”

She noted that her products are Food and Drug Authority (FDA)-approved and that social media is her primary marketing platform.

“Social media has benefits aside from its negatives as my business has shown,” Awo said. “I also rely on word-of-mouth from friends and family.”

Starting small, Awo now employs others due to her busy schedule.

Priscilla, another caller to the show, shared she is running a sewing business in addition to being a nurse.

“I’ve always been passionate about sewing and started learning from my aunty and through YouTube tutorials while still in school,” she said.

Priscilla explained that her colleagues appreciated the clothes she sewed for herself and began paying her to sew for them.

“I started sewing for myself and now I get contracts to sew for other people and even businesses. Soon, I would like to hire help as the business is growing beyond my schedule”, she said.

Local entrepreneur and business development consultant, Tony Donkor, who is also the founder of the Believe in Ghana (BIG) Project, believes it is unwise for people to rely on one source of income in the current economic situation.

“I became unemployed in 2014 and remained at home for two years because I had no adaptable creative skills,” he said. “It is too common in Ghana for people to put their fate in others’ hands rather than realizing that the solution to their problem is within themselves.”

Donkor mentioned that the BIG Project aims to teach the unemployed and underprivileged valuable skills that can help them earn a livelihood.

He added that the BIG Project even offers promising participants interest-free starting capital to begin their business.

Donkor emphasized that having creative skills is essential regardless of one’s economic standing.

“Creative skills allow you to combine your passion with your time,” he said. “With the current economy being so unpredictable, it doesn’t matter who you are, you must have something to fall back on.”

Dr. Jones Opoku-Ware, a lecturer at the Department of Sociology at the Kwame Nkrumah University of Science and Technology (KNUST), said he works as a decorator in addition to being an educator.

“I started by decorating my house to be more comfortable but focused on staying within a budget,” he said. “Next, I decorated my office at KNUST which impressed my colleagues.”

Dr Opoku-Ware revealed that he has since decorated multiple colleagues’ offices and is now commonly engaged in decorating spaces.

“Cognitive skills are related to your knowledge and mental capacity whereas physical skills cover the creative aspect, what you can do with your hands,” he said. “The key is building a bridge between them to gain commercial success.”

Nunoo, who is also Chief Executive Officer of DE-ALPHA Project Limited, a Business and Management Consultancy firm, pointed out that starting a side business can be as simple as commercializing your hobbies.

“I love dogs, so I capitalized on that,” he said. “I now import and sell pet products.”
He commented on the importance of being proactive, especially during current times, as he predicts things to get tougher going ahead.

Mr Nunoo and Mr Donkor agreed it is unwise for people to get distracted by the opinions of others in their economic pursuits because putting food on the table is more important than pleasing others.

Awo, the shito and fruit juice selling lawyer, hints that her colleagues criticise her for her side business.

“People have a lot to say about my success,” she said.

“At the end of the day, I’m the one who’s living comfortably.”

DISCLAIMER: The Views, Comments, Opinions, Contributions and Statements made by Readers and Contributors on this platform do not necessarily represent the views or policy of Multimedia Group Limited.
Tags:
economic crisis
Hassan Javed