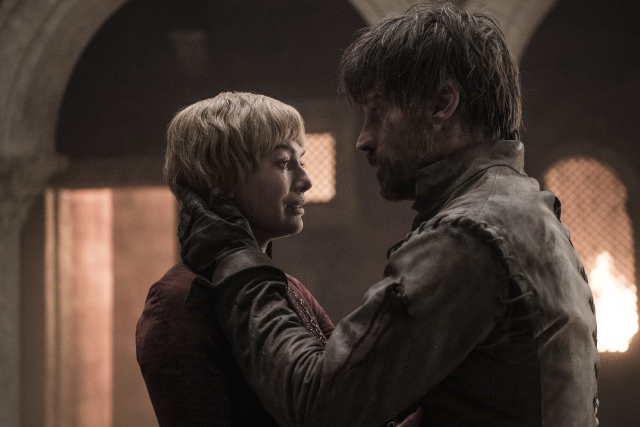 During the final season of HBO’s “Game of Thrones,” Lena Headey, who played Cersei Lannister for the run of the show, barely spoke to the press.

She also did not attend the series premiere in New York — and she did not do press after her character was unceremoniously killed in the mass destruction of the Red Keep in the controversial penultimate episode of the final season.

For those who don’t remember, Cersei died in the arms of her lover/brother, Jaime Lannister (Nikolaj Coster-Waldau), under a ton of bricks as the walls around them crumbled.

It was kind of like a scene out of a cheesy Irwin Allen disaster movie and for the first time, Headey has broken her silence, revealing to The Guardian that she hoped for something better.

“I will say I wanted a better death,” Headey told the British newspaper. “Obviously you dream of your death. You could go in any way on that show. So I was kind of gutted — but I just think they couldn’t have pleased everyone. No matter what they did, I think there was going to be some big comedown from the climb.”

Headey is staying away from TV series for now. Her upcoming projects include the films “Gunpowder Milkshake” and “The Flood.”