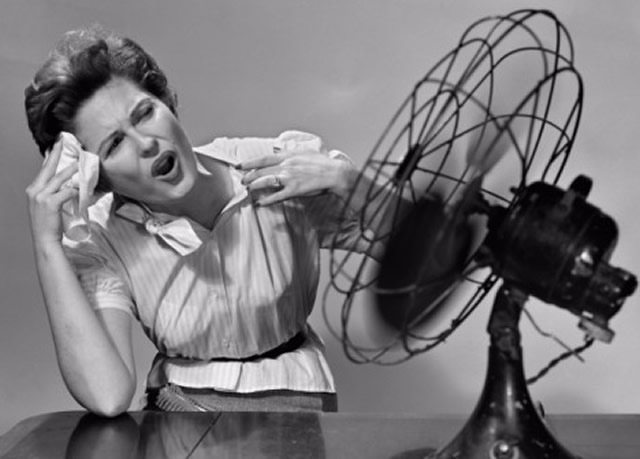 Having sex less frequently could lead to earlier menopause, a new study suggests.

Researchers found that women who reported having sexual activity weekly were 28% less likely to have experienced menopause than those who had sex less than once a month.

While the study didn’t look at the reason for the link, the authors said that the physical cues of sex may signal to the body that there is a possibility of getting pregnant. But for women who aren’t having sex frequently in midlife, earlier menopause may make more biological sense.

“If you’re not going to reproduce, there’s no point ovulating — you’re better off using that energy elsewhere,” said Megan Arnot, the lead author of the study and a PhD candidate in evolutionary anthropology at University College London.

During ovulation, a woman is more susceptible to disease because the immune system is impaired, Arnot said. If a pregnancy was unlikely due to a lack of sexual activity, that means it wouldn’t be beneficial for the body to allocate energy to the ovulation process.

Instead, she said, the findings support the “Grandmother Hypothesis,” a theory that suggests the menopause originally evolved in humans to reduce “reproductive conflict” between different generations of women and to ensure their grandchildren survived and thrived.

“There may be a biological energetic trade-off between investing energy into ovulation and investing elsewhere — such as keeping active by looking after grandchildren,” Arnot said.

The research is based on the US Study of Women’s Health Across the Nation, a unique look at women’s midlife health that started in 1996. The nearly 3,000 women in the data set had an average age of 45 when the study started, had two children on average, and were mostly married or in a relationship or living with their partner. Some 45% of the women experienced a natural menopause at the age of 52. Interviews were carried out over a 10-year period.

At the start of the study, none of the women had yet entered menopause, but 46% were in early peri-menopause (starting to experience menopause symptoms like irregular periods and hot flashes) and 54% were pre-menopausal (having regular cycles and showing no symptoms of peri-menopause or menopause).

In their analysis, the researchers ruled out factors that could have explained the association, including estrogen levels, education, body mass index (BMI), race, smoking habits and when a woman first started her period.

It’s the first time a study has shown a link between frequency of having sex and the onset of the menopause, Arnot said.

The next step is to try to replicate the findings in other population groups, although she said there was little available data on sex and menopause.

For women looking to delay the onset of symptoms like hot flashes that can cause discomfort in the years around the menopause, Arnot said more sex probably couldn’t hurt — but that the study didn’t examine this issue.

“The mechanism of the relationship between sex and menopause is a promising avenue for future research and could open the door on behavioural interventions,” Arnot said.