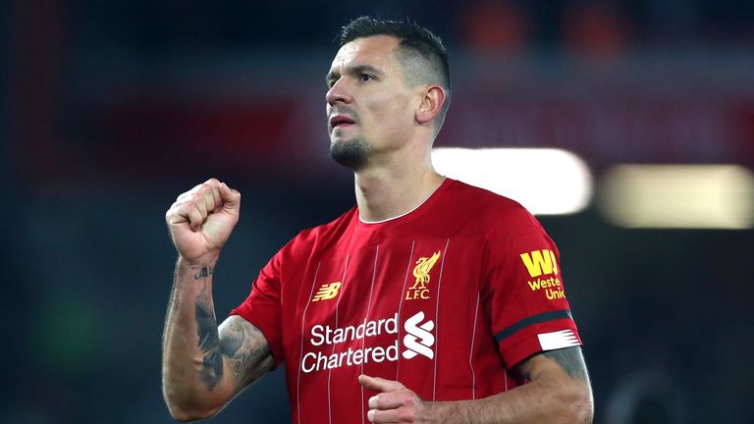 Liverpool signed Lovren from Southampton for £20m in July 2014

Zenit St Petersburg have signed centre back Dejan Lovren from Liverpool on a three-year contract, the Russian champions announced.

Lovren, who joined Liverpool from Southampton in 2014, leaves Anfield after making 185 appearances in all competitions, scoring eight goals.

No financial details were disclosed but British media reported Liverpool have agreed a deal worth around 11 million pounds ($14.03 million) with Zenit for Lovren.

Lovren was part of the squad that won the Champions League last season, and the Super Cup and Club World Cup in addition to the Premier League crown in 2019-20, which ended Liverpool’s 30-year top-flight title drought.

The Croatia international was limited to 15 club appearances across all competitions this season after Joe Gomez and Virgil van Dijk emerged as Juergen Klopp’s first-choice pairing in the central defence.

“In the first part of the season until he got injured he was in the team and had super games. Absolutely super games,” Klopp told the club’s website.

“Really good, in the air a machine, and I really liked working together with him. It will be interesting to follow Zenit St. Petersburg now.”

Capped 57 times by Croatia, Lovren was part of the team that finished as runners-up in the 2018 World Cup, losing 4-2 to France in the final.

Zenit successfully defended their Russian Premier League this season, winning the competition for the sixth time.