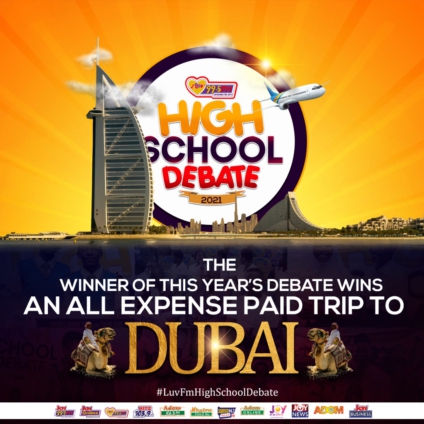 The girls from the mountains of Asante Mampong, St. Monica’s SHS, will lock horns with the royals of Sofoline, Prempeh College, in the finals of the Luv Fm High School Debate.

With the aid of the whiteboard, the supporting speaker of Prempeh College, Christian held the judges spellbound with his illustrations of the human genome.

He spoke against the motion; “School has more influence on the behaviour of the youth than home”.

The motion was; “It is justified to blame the spate of armed robbery and cyber-crime on the high rate of unemployment in the country.”

OWASS faces Adventist Girls for the third and fourth positions in the contest.