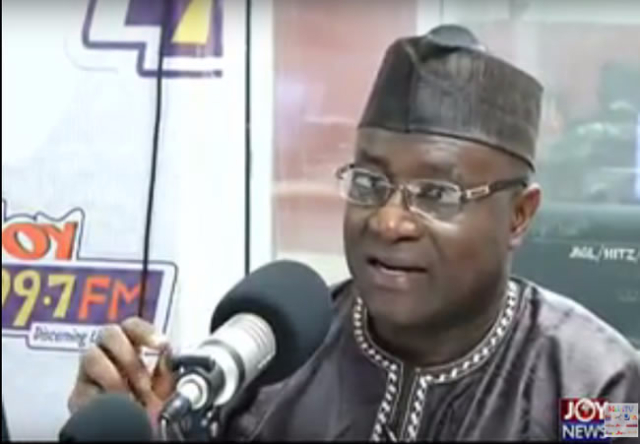 The Majority Leader, Osei Kyei Mensah Bonsu, says the Speaker of Parliament Prof Mike Ocquaye did not intend to infringe on the rights of journalists as misconstrued from his caution to the parliamentary press corps.

“You are here because you applied to be here and you applied to the speaker. He granted you permission to be here and there are some rules that must be conformed to, so if he believes something untoward is happening and draws your attention to it I don’t think that means he is attempting to gag media houses,” Osei Kyei Mensah Bonsu said at a press briefing attended by Joy News’ Joseph Opoku Gakpo.

Prof. Mike Oquaye has received widespread criticism after he threatened to withdraw the accreditation of some defiant journalists, following their decision to leave the chamber to cover a press briefing by Ellembelle MP, Emmanuel Armah Kofi Buah on President Akufo-Addo’s State of the Nation Address.

Some members of the public and Civil Society Organisations (CSOs) including Media Foundation for West Africa have come out to condemn the threat from the Speaker arguing that it breaches the law on media freedom.

But the Suame MP, whose concerns resulted in the intervention by the Speaker insists, the caution was not a threat but friendly advice.

According to him, every institution has rules and regulations that must be adhered to; therefore input from the Speaker to journalists invited by the house is not out of place.

“The statement was from a father to his son, and let’s face it there is no democracy that does not have rules. In your own media houses, there are policies.

“If you go out and maybe the manager of that house calls you with concerns and he tells you that you must conform to the rules, will that be considered an infringement on your right? I am not sure about that,” he said.

Taking his turn to assure journalists that they will be allowed to work freely in the house without restriction, Minority Leader, Haruna Iddrisu said the Speaker’s comment should not be misconstrued.

“I don’t think there will be any attempt by Parliament or its leaders to gag the press and therefore don’t misunderstand the directive of the honourable speaker.

“What he sought to do was to advise that whiles we are in session, focus on matters within the chamber so the various caucus will hold their briefing before and outside sitting.

“This does not tie your hands at all. In the chamber, if any matter is of interest to you, you are free to cover it and we know as journalists you do that.”

DISCLAIMER: The Views, Comments, Opinions, Contributions and Statements made by Readers and Contributors on this platform do not necessarily represent the views or policy of Multimedia Group Limited.
Tags:
Free speech
Mike Oquaye
Osei Kyei Mensah
Parliament