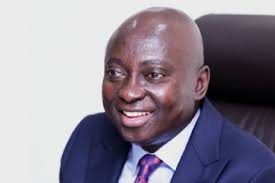 Member of Parliament (MP) for Abuakwa South, Samuel Atta Akyea says the Majority Caucus will ensure that the Assin North MP does not partake in any parliamentary business going forward.

The Assin North MP, James Gyakye Quayson has been charged with perjury and forgery by the Attorney-General’s office.

The NDC MP is being accused of deceiving a public officer and knowingly making a false declaration.

Speaking in an interview with JoyNews’ parliamentary correspondent, Kwesi Parker-Wilson, Samuel Atta Akyea said once the High Court has declared the MP as a non-legislator, he cannot be allowed to be in the House.

“How can a non-MP be in the Chamber and deliberate on matters considering legislation? They should know better. I was even surprised that the Speaker did not call his attention to the fact that he should get out of the Chamber. Until that decision by the High Court is reversed, he has no right to be in the Chamber,” he said.

He noted that the Majority Caucus will draw the attention of the Speaker anytime the legislator appears in the Chamber to partake in the business of the House.

He also described as preposterous claims by the Minority that criminal prosecution against the MP is to reduce the numbers of the NDC caucus.

“So we are saying that when it comes to criminality and it is the NDC who are affected, we shouldn’t pursue them? We shouldn’t do anything about crime because a bill is pending before Parliament?” Atta Akyea quizzed.

Meanwhile the Deputy Minority Leader in Parliament, James Klutse Avedzi has said the Assin North MP will vote when the Electronic Transaction Levy (E-levy) bill is tabled in Parliament.

Speaking in an interview with Kwesi Parker-Wilson on Thursday, Mr Avedzi said there is no legal order debarring him from exercising his franchise.

“Who says that he should not vote? If the bill is brought and he is in the Chamber, why won’t he vote?” he quizzed.

Reacting to the suit by the Attorney General, the Minority in Parliament described the charges as a lousy tactic by the government to pass the E-levy.

The Minority Leader in Parliament, Haruna Iddrisu while addressing a press conference on Thursday said the suit against the Assin North MP is a ‘sickening display of desperation’ by the government to go ahead with the controversial levy.

“Having failed several times to pass the much-loathed e-levy in the wake of the nationalistic resistance of the gallant 137 NDC Members of Parliament, the Akufo-Addo/Bawumia Government has now resorted to crude and disgraceful tactics to reduce the numbers of NDC MPs in the august house of Parliament, hoping that would help the regime to railroad the e-levy into law,” he stated.

According to him, his outfit will fight the move and maintain its stance against the “insensitive” E-levy Bill.

DISCLAIMER: The Views, Comments, Opinions, Contributions and Statements made by Readers and Contributors on this platform do not necessarily represent the views or policy of Multimedia Group Limited.
Tags:
Assin North MP
E-Levy
Minority in Parliament
Samuel Atta Akyea