Man arrested for allegedly stabbing wife to death at Bibiani 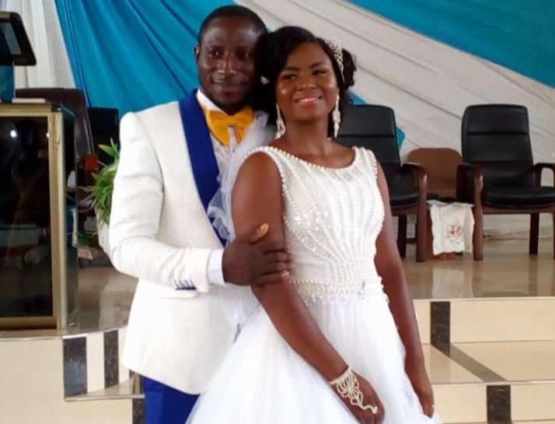 The Bibiani Police have arrested a 28-year-old man for allegedly stabbing his 26-year-old wife to death last Friday at Degede, a suburb of Bibiani in the Western North Region.

Emmanuel Okyere Baffour, according to Police, allegedly stabbed Jessica Affi Jones five times, covered her body with clothes in her room and absconded.

He said relatives of the deceased called the Police to inform them that Mrs Affi Jones had been stabbed and killed by unknown assailants in her room.

Police proceeded to the scene and found the deceased in a pool of blood with multiple stab wounds but covered with clothes.

Her body was conveyed and deposited at the Bibiani mortuary while investigations started.

According to reports, the deceased had decided to divorce the suspect over some issues in their marriage, but the husband begged her to stay, promising he will change his bad habits.

However, the lady insisted on walking out of the marriage.

The deceased, therefore, packed her luggage and left for her parents’ home.

On Thursday, August 6, 2021, her husband went to the house around noon while the deceased’s parents were not at home to attack her with a knife and absconded.

The suspect was arrested in his hide-out at Oforikrom in Kumasi upon a tip-off.

The Police sayEmmanuel Okyere Baffour will be arraigned before court soon.