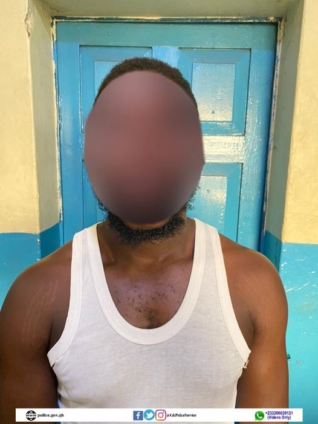 The Greater Accra Regional Police Command has arrested a male citizen for faking a robbery incident.

Suspect, Godfred Kataso, is said to have filed a report at the Accra Central Police Station on February 11, 2022, reporting a robbery that took place around the National Theatre in Accra.

According to him, he was robbed at gunpoint and the robbers made away with ¢69,000.

He told the Police the amount stolen belonged to his boss.

The suspect noted that he was on his way to depositing the money at the bank when the incident happened.

But further investigations carried out by the Police revealed that the robbery was a hoax.

Godfred Kataso according to the Police report, stole the money himself in order to travel around.

He is currently in police custody and will be put before the court of law. Meanwhile, the money has been retrieved for evidential purposes.