Man who killed friend he saw in a dream dating his fiancee yet to be charged - Police - MyJoyOnline.com 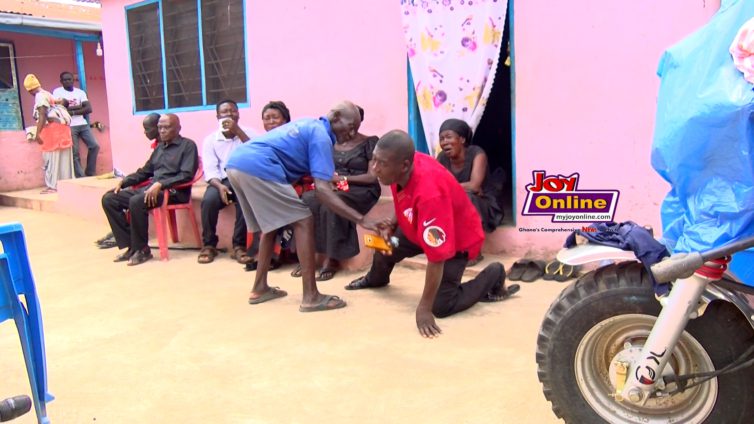 Police prosecution has completed investigations in the case of a 47-year-old palm wine tapper accused of murdering two people at Wawase in the Afigya Kwabre South District.

The suspect is also accused of killing a third person, Kwasi Banahene, on the farm, but police are yet to charge him.

The killing of three persons in two days threw the Wawase farming community into a state of mourning.

The suspect is said to have told residents he killed two of his victims, including a friend, because they appeared in his dream undertaking acts he was not pleased with.

He was arrested on October 9, after killing two persons the same day with a cutlass he used for tapping palm wine.

Relatives of victims, clad in red and black, were in court on Monday, November 8, in their numbers to monitor proceedings.

Police prosecutors informed the Mamponteng District Court investigations into the killing of Mr Adu Agyei, and Kwame Kwakye have been completed.

Detective Sergeant S.K. Oppong, who led the prosecution, said a duplicate docket has been sent to the Attorney General’s office for advice.

He pleaded with the court to remand the suspect into prison custody whilst police wait on the advice from Attorney Generals’ Department.

The court, presided by Thomas Soyori, remanded the accused person and adjourned proceedings to December 3, 2021.