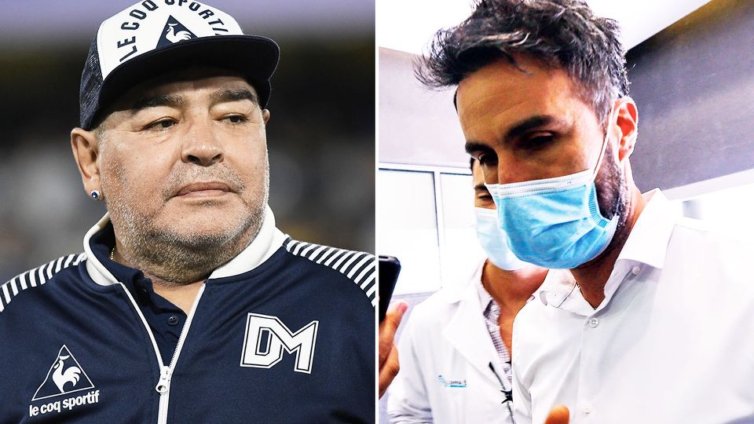 The doctor of Diego Maradona has defended his treatment of the football legend after his clinic was raided in Buenos Aires.

In early November the former Napoli, Barcelona and Boca Juniors player had emergency surgery for a subdural haematoma, a blood clot on the brain, and had been recuperating at home.

There has been an outpouring of emotion after the death of Maradona, who died following a cardiorespiratory arrest in Tigre.

His neurologist Luque spoke to reporters after his clinic and home had been searched by police, who were attempting to establish whether negligence was involved in the World Cup winner’s death.

“I am responsible for something regarding Diego,” he said.

“Do you know what I am responsible for? to love him, to take care of him, to extend his life and improve it to the last.”

Luque denies any wrongdoing and has not been charged with any offence.