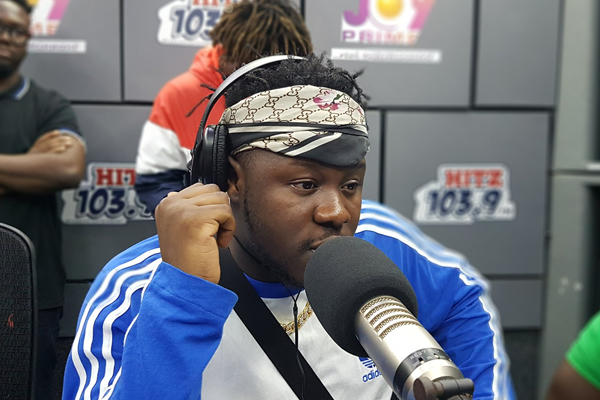 Rapper Medikal seems to have suggested he is done pursuing his estranged girlfriend actress Fella Makafui.

The ‘Omo Ada’ hit singer has made several public appeals to the YOLO star, expressing remorse for an undisclosed wrong.

A recent song, ‘Come back’ which Medikal released is speculated to be an apology song to the actress.

Fella, however, appears resolute not to give in to the AMG record label hit.

She is seen in a viral video sacking Medikal and some friends who had come to plead with her from her shop.

As the rumours about reasons for the seeming break up continue to dominate local social media trends, it appears the rapper is done chasing what seems to be wind.

“Mabr3,” Medikal wrote in a tweet Wednesday evening, a Twi word which means I am tired.

She go come back @AmgMedikal if she no come back she no Dey love you .

Followers of the rapper who linked his tweet to his pursuit of Fella advised him to move on while others chastised Fella Makafui for refusing the apology from Medikal.

MDK you’re not the only guy in GHðŸ‡¬ðŸ‡­ that his girlfriend is stretching him.
Please spare us okay na yabr3 ky3n wo

Masa comot
Ebe only you way be celebrity way them break ein heart before?? See your Jon hair cut be