Melcom rebrands to provide variety of goods and services to customers 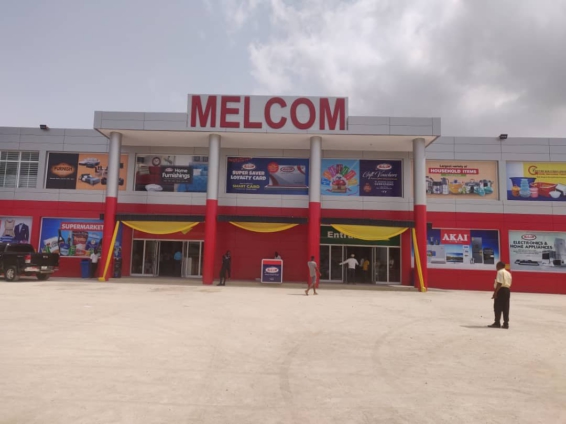 The Melcom Group of Companies has rebranded to provide a variety of products and services to meet the changing needs of its customers.

The company’s new identity, now focused on expanding product range across its categories, will blend the traditional with the modern to offer consumers world-class services at their doorstep.

At the launch of the new corporate identity and philosophy in Accra last Thursday, the management of Melcom introduced a new corporate logo, which is a change from the red oval wrapping of the calligraphically written Melcom to the universal location sign used in the virtual space in red, blue and white colours.

The event, which took place at its signature shopping centre, the Melcom Plus at the North Industrial Area, saw the lighting of a lamp in honour of the Founder of Melcom, the late Bhagwan Khubchandani.

It was attended by players in the retail industry, the management and staff of Melcom, as well as well-wishers.

There were also the cutting of cakes, the unveiling of a billboard and a video which revealed the new logo of the company.

A reception followed thereafter, where guests were served with drinks and a variety of finger foods from three subsidiaries of Melcom: On the Rocks, a cocktail pub; The Art Kitchen, a restaurant that serves Asian cuisine, and the Pizza Hut.

The Group Director of the Melcom Group of Companies, Manoj Sadhwani, explaining the meaning of the new logo, said the blue colour represented trust, calm in the most adverse of situations and a sense of responsibility for stakeholders.

“Red relates to being passionate, energetic and bold in what we do and white symbolises our intentions, which are pure, pristine and sophisticated.

“Our ambitions are not just to bring the world to Ghana but perhaps be a global player one day, and this is what the location pin represents, which is the universal symbol for location,” he said.

Mr Sadhwani said the company was introducing new concepts, such as The Soup, Ice cream, Live Kitchen with fresh, ready-to-eat food, more international franchise outlets, modern restaurants and cocktail bars, to give its customers a world of experience.

“Our new mantra is health, wellness and happiness, and to fully achieve this, Melcom will be launching its first state-of-the-art gym and spa before the end of the year,” he said.

He added that the company had engaged the services of global experts to deliver world-class customer-friendly stores.

“We have launched new concepts, including Melcom Home, Melcom.com e-commerce site, Melcom Electric and Melcom Mini, which have been opened at a lot of neighbourhoods, with a lot more coming soon at Labone and Sakumono,” Mr Sadhwani indicated.

“We are also launching super stores at East Legon Boundary Road, Takoradi and our new flagship project on the Spintex Road: the Melcom Mall,” he added.

He thanked the company’s over 4,000 team members for their support, adding that the team would be implementing learning and development processes to deliver ‘moments of magic to customers’ every time they engaged them.

The Group Director of the Melcom Group of Companies, Rishi Melwani, for his part, expressed the company’s commitment to consistently deliver on the brand and make efforts to transform it.

“We are constantly changing and evolving to be the best for consumers by continuing to make improvement in our products and processes,” he said.

“We have also invested massively to strengthen our back-end infrastructure, including the technology-driven and centralised distribution facility,” he added.

He indicated that it was the passion, consistency, hard work and “never say die” attitude that had allowed the company to proudly say “this is truly where Ghana shops”.

DISCLAIMER: The Views, Comments, Opinions, Contributions and Statements made by Readers and Contributors on this platform do not necessarily represent the views or policy of Multimedia Group Limited.
Tags:
Customers
Melcom Group of Companies