Milo’s Return: The past is not the present 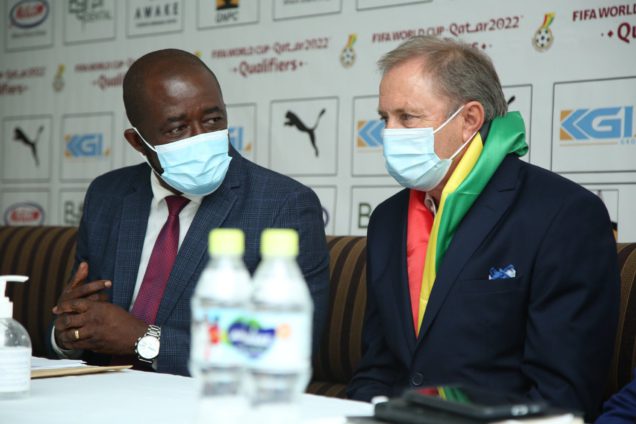 Milovan Rajevac’s name in Ghana’s football history is etched in gold for the singular act of getting the Black Stars to the quarter final of the world cup, the farthest any African side has managed. Prior to that he had taken a team made up of youngsters from Ghana’s world conquering under 20 team to the finals of the 2010 Afcon.

His credentials as a good coach is undoubted. While his man management isn’t great, judging by the reasons for his sacking as Algeria coach, he showed himself to be a disciplinarian who succeeded in managing egos and stamping his authority during his time as Ghana coach. The Black Stars dressing room is a volatile space. Past failures, not least Ghana’s inability to qualify for the world cup in the early 90’with a team which had Abedi Pele and Anthony Yeboah, has been attributed to infighting caused by ego and petty politics.

His standing as a tactician is one Ghanaians haven’t forgotten and will not forget quickly. His style of play is famously tagged “one goal project”, owing to his emphasis on ensuring that the team doesn’t concede. Milo believes that he has a chance of winning so long as he doesn’t concede. Many hated it but it was clear for all to see that this is how he set up his team. Crucially he succeeded in getting the team to play the way he wanted, and he achieved results. So what has changed?

We may have seen the best of Milo during his time as Ghana coach but his record after the period brings to the fore the need to properly analyze the factors which aided his success.

A team at their peak

The Black Stars team Milovan Rajevac took charge of in August 2008 was a team at its peak. The midfield options in Sulley Muntari, Michael Essien, Anthony Annan, Stephen Appiah, Derek Boateng, Kwadwo Asamoah, Laryea Kingston was arguably the strongest on the continent. Add the defence of John Mensah, John Paintsil, Harrison Afful, Hans Sarpei, Isaac Vorsah and what he had then is undoubtedly stronger than what we have currently. The bulk of this team had been involved in at least two international tournament before Milo took over. Muntari, Gyan, Mensah, Paintsil, Appiah, Essien, Boateng and Laryea had seen action together across the 2006 Afcon, 2006 world cup and the 2008 Afcon. He added a peak Kevin Prince Boateng to the list before the mundial in 2010.

Rajevac also benefitted from a crop of talented youngsters who won the under 20 world cup a year after he took over. If you add Samuel Inkoom, Jonathan Mensah, Rabiu Mohammed, Opoku Agyemang, Agyemang Badu, Andre Ayew and Dominic Adiyiah to the list of experienced players stated earlier, he had a team at two critical stages of the developmental pyramid- one at their peak and the other not too far from their peak and with considerable international experience. There’s a reason Ghanaians feel the 2010 Afcon would have been won had key players not pulled out due to injury.

A team in transition

When reference is made to the quality or the lack of it in the current Black Stars team, it is not only in reference to the individuals, although a direct comparison will settle any argument. The current goalkeeper isn’t better than what Milo had. It’s the same for the backline abd attack. There’s a gulf in the collective strengths of the two teams and it owes a lot to the individuals. I don’t expect every Black Stars team to have an Essien, Muntari, Gyan quality but the argument arises if the glaring lack of quality is rubbished.

The Black Stars team has been in transition for some time and typical of us as Ghanaians we’ve prolonged the pruning of old branches to enable the growth of new ones. It’s a familiar story–the state of the Black Stars in the late 90s was due to the poor management of the transition then. It was a case of De ja vu in 2018. Some players should have been hugged and sent away to make way for new ones. The 2019 Afcon should have offered younger, talented players an idea of the standards required on the international stage. We’ve left the rebuild a bit late yet again. While Milo had quality players at their peak and a large pool of young talents to choose from, he now has experienced players who are past their peak and very small pool of young talents to call on. It’s difficult to point to players at their peak currently. I always wonder if Thomas Partey is a player at the peak of his prowess currently or that what we saw at Athletico Madrid was his peak form. Similar questions arise for Jordan Ayew…and Jeffery Schlupp… and Nicholas Opoku as well as Daniel Amartey. Whichever way you look at it, what is clear is that what Milo has now pales in comparison to what he had then.

In the argument of quality or the lack of it lies the biggest variable–Asamoah Gyan. Milo set his team up to keep it compact and play on the counter. While he relied on the collective to shut out teams, he relied on Gyan to often get the one goal to beat teams. When Ghanaians say one goal project, the goal that won the game was often supplied by Gyan. He was undoubtedly the most important player in Milo’s system. He scored the most goal contributions in the period (9 goals and 2 assists). When Gyan scored, Ghana often won. In fact Ghana didn’t lose a game in which Gyan scored at the 2010 Fifa World Cup. He mastered the art of playing upfront on his own. If Milovan Rejevac will deploy the same tactics from 2010, who will supply the goals? The dynamics of the current team suggests he needs a different approach and therein lies the real challenge.

The past is not the present in God’s wisdom. His instructions in the old and new testaments embodies that. While Abraham and Moses slaughtered livestock as offering to God in the Old Testament, Jesus made a one-time sacrifice for the sins of man. Even though the most high remains the same, he recognizes that the changing times requires changes in direction.

In the wisdom of the GFA however, the past is required to influence the present and hopefully the future. The set of challenges Milo faces today and the tools available to deal with them differ greatly to when he was last in charge of the Black Stars. He may well succeed but his set targets of winning the Afcon and qualifying for the world cup for a cash reward of more than half a million dollars($600,000) suggests the GFA is looking for a quick fix to a problem that can only be remedied long term. The fact that he’s only been given a one year deal also points to a certain skepticism or better still caution on the part of the GFA. That can only arise because his record post 2010 hasn’t been great.

The honor of dying on the cross for the salvation of man didn’t fall to Moses despite his feat of getting the Israelites out of Egypt. Milovan Rajevac has been appointed based on his record as a former Black Stars coach. He has changed as a man and a coach. So has the Black Stars but can the past fix the future? Can this prophet from the past bring redemption to the present and hopefully the future? We can only hope, pray and watch.