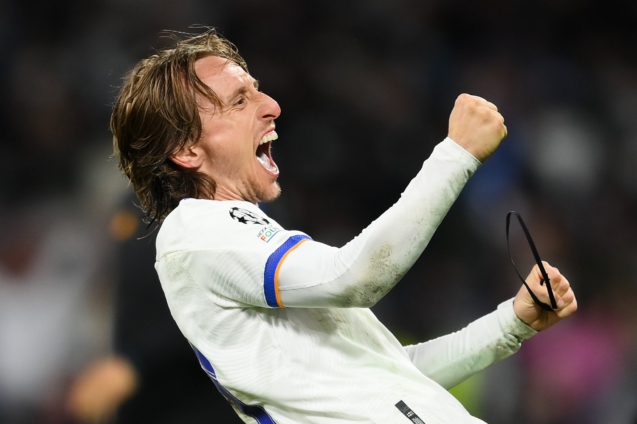 Midfielder for La Liga club Real Madrid, Luka Modric, is currently the apple of many users’ eye on Twitter today.

This is because of the remarkable performance he exhibited in the match between reigning champions Chelsea and his side at the Bernabeu Stadium in Madrid on Tuesday, April 12.

When it seemed that all hope was lost and Chelsea would qualify to the semi-final of the UEFA Champions League, Luka Modric stepped into the picture to offset such a fortune.

It was his stunning pass – some 10 minutes before the full 90 minutes – that brought about Real Madrid’s first goal. Substitute Rodrygo after the pass by Modric, forced extra time, giving their side an opportunity to knock out Chelsea.

Through this goal with a stunning assist, Benzema, who was unmarked after an earlier header against the bar, the morale to break Chelsea’s hearts with a final goal in the extra time.

For social media users, although Benzema gave the final blow, they can only be fixated on Luka Modric, who has bewildered every fanatic with his footwork.

Some users say Modric is ageing like fine wine.

Because of this assist, users say Luka Modric can be compared to the likes of Zinedine Yazid Zidane, Xavi Alonso and Andrés Iniesta considered the greatest midfielders.