More than 1 in 4 women have experienced domestic violence in their lifetimes - Global study reveals - MyJoyOnline.com 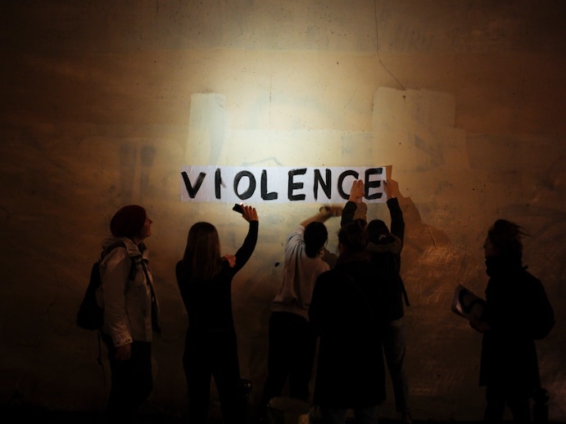 Women paste the word “violence” onto a wall on a dark street in Paris in 2019. (Kamil Zihnioglu/AP)

More than one in four women in the world have experienced domestic violence in their lifetime, according to a study published Wednesday.

The study, in the Lancet medical journal, used statistics from the World Health Organization’s global database on the prevalence of violence against women from before the coronavirus pandemic, 2000 to 2018.

It found that 27 percent of those ages 15 to 49 had experienced physical or sexual violence by intimate long-term partners.

“Intimate partner violence affects the lives of millions of women, children, families and societies worldwide,” the study’s senior author, Claudia García-Moreno, a WHO public health researcher, said in a statement.

“Although this study took place before the COVID-19 pandemic, the numbers are alarming and research has shown the pandemic exacerbated issues leading to intimate partner violence such as isolation, depression and anxiety, and alcohol use, as well as reducing access to support services,” she said.

She said solutions are “vital and urgent.”

The study found the highest prevalence of such reported abuse was in the Oceania region (49 percent), which covers Australia, New Zealand and Fiji among other countries, followed by central sub-Saharan Africa (44 percent). The regions with the lowest estimates were central Asia and central Europe, it found.

NEW—Over 1 in 4 women have experienced intimate partner violence in their lifetimes, study finds.

Rebecca Hitchen, head of policy at the End Violence Against Women Coalition, told The Washington Post: “This data highlights what we’ve long known: that violence against women and girls is ubiquitous across the world. While it is not a surprise, it is of huge concern.”

“Given the stigma and victim blaming that is an almost universal experience for survivors, we know the true prevalence and scale is likely to be even greater, as many cannot or do not feel able to disclose their experiences,” she added.

The study looked at more than 350 surveys and studies conducted from 2000 to 2018, covering 161 countries and areas representing 90 percent of the global population of women and girls, it said. It defines intimate partner violence as physical, sexual or psychologically harmful behaviors.

The authors acknowledged the limitations of surveys based on self-reporting and gaps among some groups, such as those living with disabilities, Indigenous people, migrants and those in same-sex partnerships. “Given the sensitive and stigmatised nature of the issue, the true prevalence of violence that these women are subjected to by an intimate partner is likely to be even higher,” the study said.

They also drew attention to the “high levels” of violence experienced by adolescent girls and young women, calling the data “alarming,” with about 24 percent of those aged 15 to 19 having already experienced violence at least once, the study found.

“Adolescence and early adulthood are important life stages when the foundations for healthy relationships are built. The violence these young women experience has long-lasting impacts on their health and well-being,” said study author Lynnmarie Sardinha, a public health researcher for the WHO.

She called for more investment in community- and school-based interventions to promote gender equality.

Isabelle Younane, head of policy at the British charity Women’s Aid, which focuses on domestic abuse against women and children, agreed that the findings were likely to be “just the tip of the iceberg” because many cases of abuse go unreported. Concerns over stigmatisation and distrust of Police and court systems, along with the fear of not being believed, were among the common reasons women do not speak out, she told The Post.

“The global prevalence of violence against women is both saddening and intolerable,” Younane said. “We must make sure that lifesaving specialist domestic abuse services are properly funded, as well as tackling the root causes of domestic abuse: challenging sexist attitudes, promoting healthy relationships, and driving a real shift in prevention.”