Muhammad Ali: ‘Why is everything white?’ 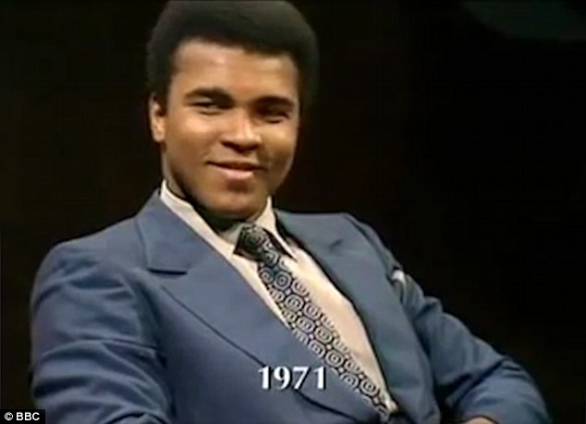 Boxing legend Muhammad Ali, who died in 2016, explained how he used to ask his mother about white representation in an interview with Parkinson in 1971.

He said he was a curious child who noted the plethora of white objects and people, including in literature, media and even household products and wondered why black people weren’t represented in the same way.

As well as a sportsman, Mr Ali was a civil rights campaigner and poet who transcended the bounds of sport, race and nationality.

He died in Phoenix, Arizona, aged 74.

The excerpt is from an interview Mr Ali did with Parkinson in 1971.