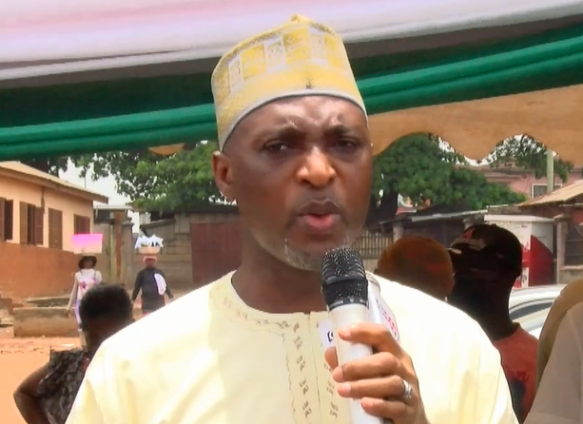 Senior Vice President of IMANI Africa Kofi Bentil has called on the Minority Chief Whip, Muntaka Mubarak, not to resist the petition to remove absentee Parliamentarians from the House.

According to Mr Bentil, Ghanaians need to accept that MPs’ absenteeism is a problem that needs urgent attention.

He added that absenteeism in Parliament has become endemic and catastrophic, which has to be solved.

Senior Vice President of IMANI Africa stated that when a Member of Parliament “absent themselves for 15 sittings and is not consecutive has vacated their seat.”

“That was the gravamen of the judgment that Dr Asare got, so it for either the clerk or I believe the Speaker to declare it as such. So if you by some technicality a petition cannot do this, then we will end up suing the Speaker, and we thank God for groups like Odikro; they are on the beat, and we will all support them,” he added.

Kofi Bentil advocated for the establishment of the principle that Parliamentarians and Ministers are employees of the people, and thus the Speaker can be forced to allow petitions on absent MPs.

“Our Parliament is not sovereign; it is different from the UK Parliament, so we should take those petitions indeed that is why there is a lot of push for even Private Members bills. We need to make sure that we have a healthy interaction between Parliament and the people,” he explained.

Speaker of Parliament, Alban Bagbin, referred three members of the House to the Privileges Committee for their continuous absence in Parliament.

The three are; the Dome-Kwabenya MP, Sarah Adwoa Safo, Ayawaso Central MP, Henry Quartey and, Assin Central MP, Kennedy Agyapong. All from the New Patriotic Party (NPP) side of the House.

But the Minority Chief Whip, Muntaka Mubarak, vehemently opposed the Speaker’s decision to refer three MP from the Majority side to the Privileges Committee without applying such an action be taken by a Member of the House.

He explained that the House’s Standing Orders require that any application or petition to be considered on the floor of Parliament be presented by a Member of the House or any other person the Orders deem fit. Unfortunately, he stated, the Speaker does not belong to this category of people.

Mr Muntaka Mubarak filed a motion to revoke Speaker Bagbin’s referral of three MPs to the Privileges Committee in Parliament.

In a memo to the Speaker of Parliament on Tuesday sighted by myjoyonline.com, purportedly signed by the Asawase MP, he prayed the House to revoke the Speaker’s decision.

“That this Honourable House resolves to revoke, cancel or rescind the referral made by the Speaker on the 5th day of April, 2022 to the Committee on Privileges to consider the issue of absence without permission from the House under Article 97 (1) (c) of the Constitution and Standing Orders 15 and 16 of Honourables Sarah Adwoa Sarfo, Henry Quartey and Kennedy Ohene Agyapong,” portions of the memo read.

DISCLAIMER: The Views, Comments, Opinions, Contributions and Statements made by Readers and Contributors on this platform do not necessarily represent the views or policy of Multimedia Group Limited.
Tags:
Absentee MPs
Kofi Bentil
Muntaka Mubarak